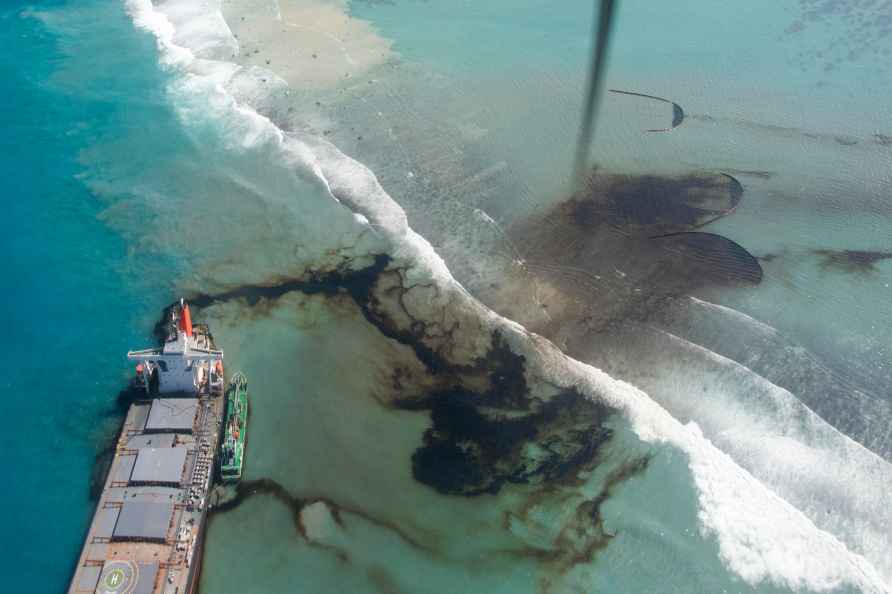 Muscat, Aug 4 : A UK maritime security agency has said the potential hijacking of the Panama-flagged MV Asphalt Princess has ended after men who boarded and seized the ship in the Gulf of Oman left the vessel. All those remaining on board are safe, officials said. However, there has been no further details given to the media, according to a BBC report. The bitumen tanker was seized on Tuesday heading into the congested approach to the Strait of Hormuz. It is not clear who seized the ship, but analysts suspected Iranian forces. Iran's Revolutionary Guards dismissed the reports of possible involvement as a pretext for "hostile action" against Tehran. The men who boarded the MV Asphalt Princess were reportedly armed and are said to have ordered it to sail to Iran. The United Kingdom Maritime Trade Operations (UKMTO) initially warned ships of an incident before declaring a "potential hijack" hours later. On Wednesday, the UKMTO tweeted that those who boarded the vessel had left, adding: "Vessel is safe. Incident complete." The incident occurred less than a week after an oil tanker operated by an Israeli-owned company was attacked by a drone off Oman, killing two security guards -- one British and the other Romanian. The US, UK and Israel blamed Iran for the attack - a claim it strongly denies. BBC Security Correspondent Frank Gardner said the MV Asphalt Princess is owned by a Dubai-based company that had one of its ships hijacked two years ago by the Iranian Revolutionary Guards. Gardner told BBC, according to reports, up to nine armed men boarded the vessel as it neared the entrance to the Strait of Hormuz, through which about a fifth of the world's maritime oil supplies passes. The UKMTO earlier advised shipping services near Fujairah in the Gulf of Oman to exercise extreme caution. Earlier in the day, four oil tankers reported that they were "not under command", which usually means that a vessel has lost power and cannot steer. One of the ships later began moving, media reports said. Iran's Foreign Ministry said reports involving several ships on Tuesday were "suspicious" and warned against any effort to "create a false atmosphere" against Tehran. /IANS

People catching thieves as cop gets robbed
Mysuru, Sep 4 : A head constable in Mysuru city was the victim of a snatching incident when the public came to his rescue and caught the perpetrator,

2 Nigerians held for alleged rape of B'luru techie
Bengaluru, Sep 4 : Two Nigerian nationals have been arrested on charges of allegedly raping a woman in her late 20s working at a software company in B

Missing woman found 6-ft under lover's kitchen
Thiruvananthapuram, Sep 4 : The Kerala Police on Saturday exhumed a woman's mortal remains from a pit dug inside her lover's home in Idukki district a

Bengaluru, Sep 4 : London-based digital fashion brand and Gen-Zs chosen marque, Urbanic, opened to a thumping reception from young shoppers on day 1 of its launch on Myntra. This is among the biggest- […]

San Francisco, Sep 4 : As the current Fortnite season will wrap up in a little over a week, Epic Games is planning to host a season-ending event on September 12. In the 'Operation: Sky Fire' eve […]