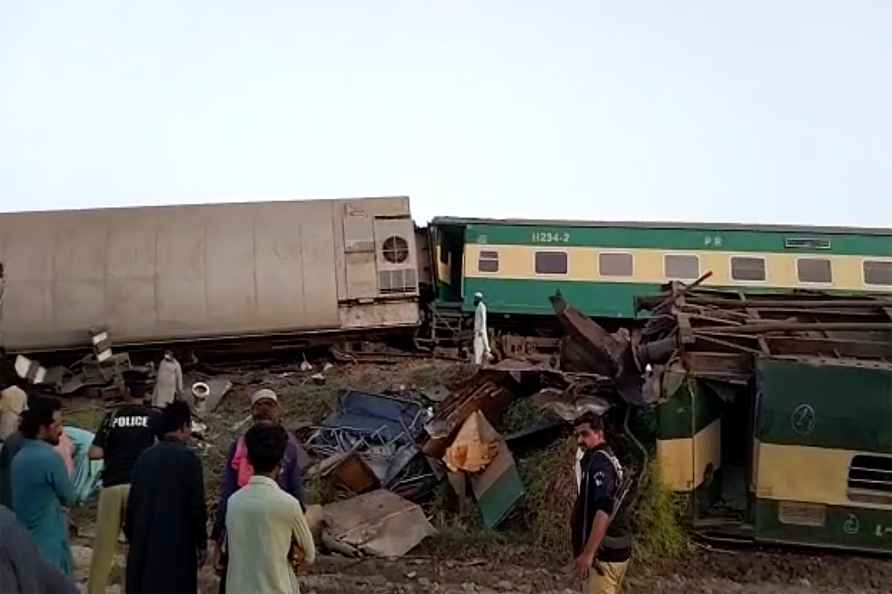 Prague, Aug 4 : Two people are dead and dozens are injured after two passenger trains collided near a village in the Czech Republic countryside. Rescue teams, helicopters and ambulances were sent to the scene near Milavce, close to the border with Germany, as the tragedy unfolded shortly after 8 a.m. local time on Wednesday. Emergency services told the media that two people died at the scene, seven were in critical condition and 31 others were being treated for less serious injuries, according to mirror.co.uk. Deputy Prime Minister Karel Havlicek said one of the trains failed to stop at a signal and collided with the other train. One was a high-speed Western Express Service which connects the cities of Prague and Munich. /IANS

EU calls for mutual compromise in implementing Northern Ireland Protocol
Belfast, Sep 11 : European Commission Vice-President Maros Sefcovic has called for compromise from the UK and the European Union (EU) in the implement

Belfast, Sep 11 : European Commission Vice-President Maros Sefcovic has called for compromise from the UK and the European Union (EU) in the implementation of the Northern Ireland Protocol. Sefc […]

New Delhi, Sep 11 : Delhi and its adjoining areas received heavy rainfall on Saturday morning with Safdarjung observatory recording over 1,000-mm rainfall for the season in some areas. At 7.20 a […]

Addis Ababa, Sep 11 : The African Union (AU) has suspended the membership of Guinea following a military coup in the West African nation that led to the arrest of President Alpha Conde. The peac […]

Mentally, Djokovic is the best player to ever play the game: Zverev

New York, Sep 11 : Germany's Alexander Zverev said after his loss to Novak Djokovic in a five-setter at the US Open semifinal on Saturday (IST) that the Serbian was not world No. 1 without a reason, […]