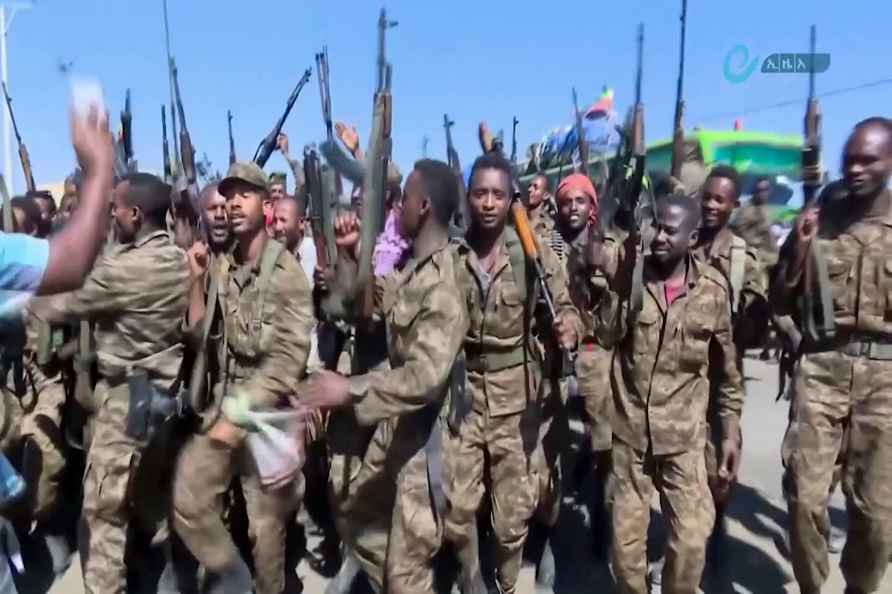 Islamabad, Aug 3 : A soldier was killed as terrorists attacked a military post in Pakistan's Khyber Pakhtunkhwa province, an army statement said. The military's media wing Inter-Services Public Relations (ISPR) said in the statement that the terrorists opened fire on the post in the Ghariom area of North Waziristan district on Monday, reports Xinhua news agency. "Own troops responded in a befitting manner," the ISPR said, adding that during an exchange of fire with the militants, one soldier of the Pakistani Army was killed. "Sanitisation of the area is being carried out to eliminate any terrorists in the area," said the statement. /IANS

Pakistan's economy heading in right direction: Prez
Islamabad, Sep 2 : Pakistani President Arif Alvi expressed satisfaction over the economic performance of the country, saying it is heading in the righ

Pak expands curbs to control Covid 4th wave
Islamabad, Aug 30 : Pakistan has extended Covid-19 restrictions to 27 cities from the earlier 13 to control the fourth wave of the pandemic in the cou

Bengaluru, Sep 2 : Karnataka has administered 12,04,402, the maximum number of Covid vaccinations in a single-day in the country, health minister K. Sudhakar said on Thursday. The vaccinations w […]

Karan Johar: I believe an image has the power to move your soul

Mumbai, Sep 2 : Celebrated filmmaker Karan Johar shares how the wedding picture of his parents is one of his favourites and that an image holds the power to move someone's soul. Asked to choose […]

By Subhash Narayan New Delhi, Sep 2 : The government may not need to open special borrowing window to meet GST compensation needs of states in the current financial year as rising indirect tax coll […]

San Francisco, Sep 2 : The Caldor Fire in Northern California has surpassed 200,000 acre, spreading into Meyers, a community on the east side of South Lake Tahoe, local officials said. A forecas […]