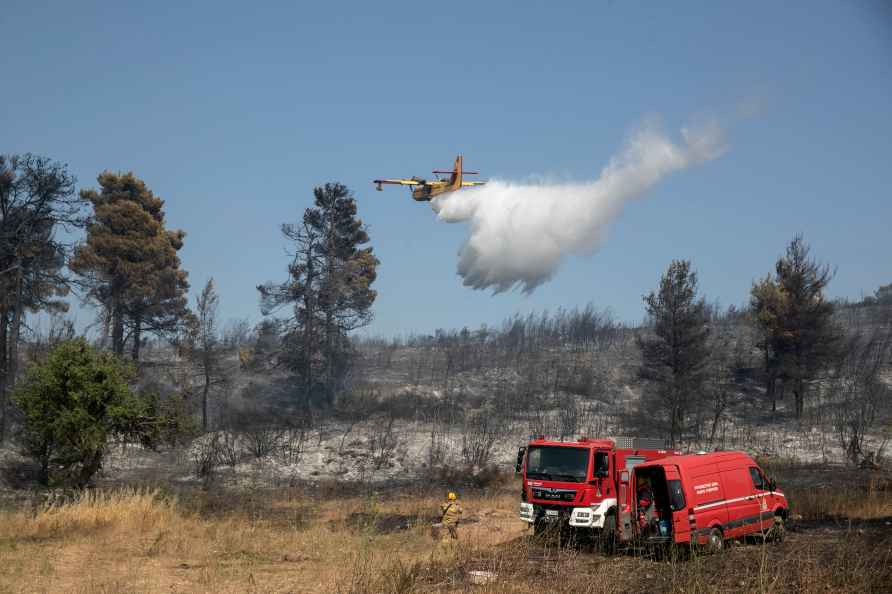 Athens : A firefighting airplane drops water during a forest fire at Dionysos northern suburb of Athens, on Tuesday, July 27, 2021. Greek authorities have evacuated several areas north of Athens as a wildfire swept through a hillside forest and threatened homes despite a large operation mounted by firefighters. /AP-PTI

Release of song 'Beti'
Srinagar: General-Officer-Commanding (GOC) of 15 Corps, Lt General DP Pandey presents mementos to the actors and singers of song ?Beti? during its rel

Canberra, Aug 26 : Australia's flag carrier, Qantas, is continuing to pay a huge price as the Covid-19 pandemic drags into the second half of 2021, but the airline is holding out hopes that some inter […]

Mumbai, Aug 26 : Rakhi Sawant is not happy that contestants are just sleeping in the 'Bigg Boss OTT' house and not entertaining the audience. While the contestants seem to be busy with tasks, fi […]

Hyderabad, Aug 26 : GMR Hyderabad Air Cargo (GHAC), a division of GMR Air Cargo and Aerospace Engineering Limited, on Thursday announced that it has become the first cargo terminal in India and South […]