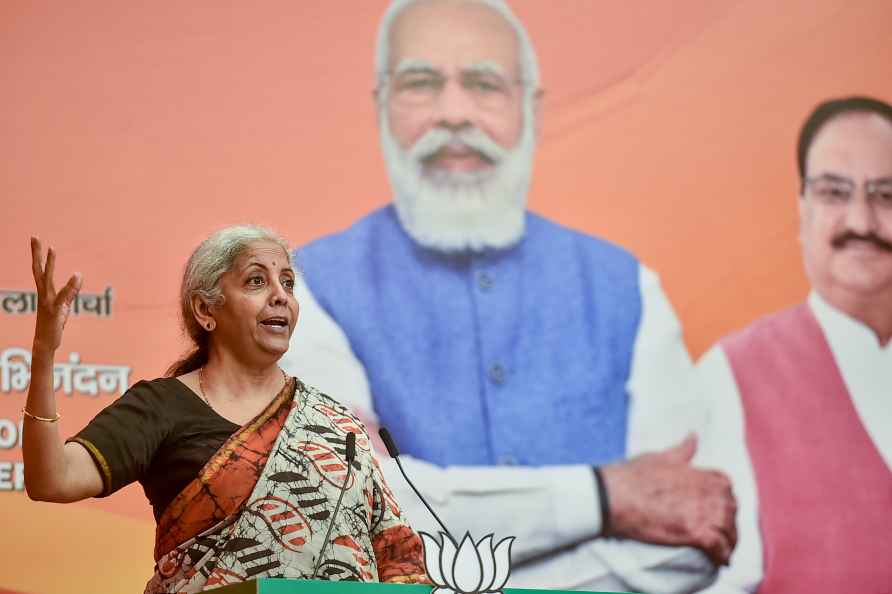 Release of song 'Beti'
Srinagar: General-Officer-Commanding (GOC) of 15 Corps, Lt General DP Pandey presents mementos to the actors and singers of song ?Beti? during its rel

Sports teaches us to be together: Chopra trashes javelin controversy

Panipat, Aug 26 : India's first-ever gold medallist in athletics at the Olympics, Neeraj Chopra, has trashed claims that Pakistan's Arshad Nadeem was tampering with his javelin before his first throw […]

Mysuru (Karnataka), Aug 26 : More horrific details have come out in the Mysuru gang rape. The miscreants had made a video of their act of sexual assault of the college girl and demanded Rs 3 lakh for […]

By Sanjeev Sharma New Delhi, Aug 26 : Afghanistan's exiled President Ashraf Ghani must be brought to justice and face criminal charges of embezzlement if he indeed fled the besieged country with du […]

Las Vegas, Aug 26 : The trailer of 'The Matrix: Resurrections', the fourth chapter of the 'Matrix' sci-fi film series, was unveiled recently at CinemaCon in Las Vegas. The film stars Priyanka Ch […]