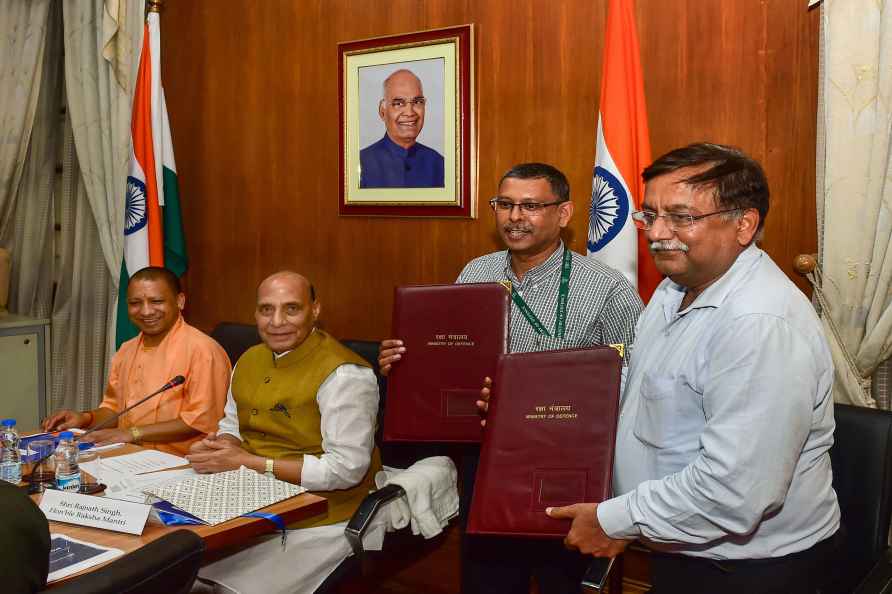 Lucknow, July 22 : Uttar Pradesh Chief Minister Yogi Adityanath has directed officials to conduct a thorough pre-monsoon inspection of all cow shelters in the state. According to state government spokesman, Yogi has asked Joint Director level officers to visit the districts. The Chief Minister said that district-wise status reports should be submitted within a week. He also said that adequate arrangements for green fodder, straw etc for the cattle should be made. Strict action would be taken against the concerned officer or employee, wherever there is death of cow due to mismanagement. He further said that all necessary arrangements should be ensured in all the cow shelters in the state. On June 9, 2020, the Uttar Pradesh cabinet had approved the Prevention of Cow Slaughter (Amendment) Ordinance, 2020. According to the ordinance, for the first offence, a person can be jailed for one to seven years with penalties ranging from Rs 1 lakh to Rs 3 lakh, while for the second offence, the person can be imprisoned for 10-years with a fine up to Rs 5 lakh. /IANS

Lucknow, July 22 : Uttar Pradesh Chief Minister Yogi Adityanath has directed officials to conduct a thorough pre-monsoon inspection of all cow shelters in the state. According to state governmen […]

New Delhi, July 22 : Twitter is testing a new feature where users will be able to upvote and downvote replies on tweets, saying this is still not a 'dislike' button. Currently under testing with […]

Oppn to move privilege motion against Minister in RS

New Delhi, July 22 : The opposition on Thursday will move a privilege motion against Minister of State for Health Bharati Pravin Pawar for "misleading Parliament by giving false information" that ther […]

Taliban now control about half of Afghan district centres: US Gen

Washington, July 22 : The Taliban militant group now controls a total of 212, or roughly half of Afghanistan's 419 district centres, a top US General said. "Strategic momentum appears to be sort […]