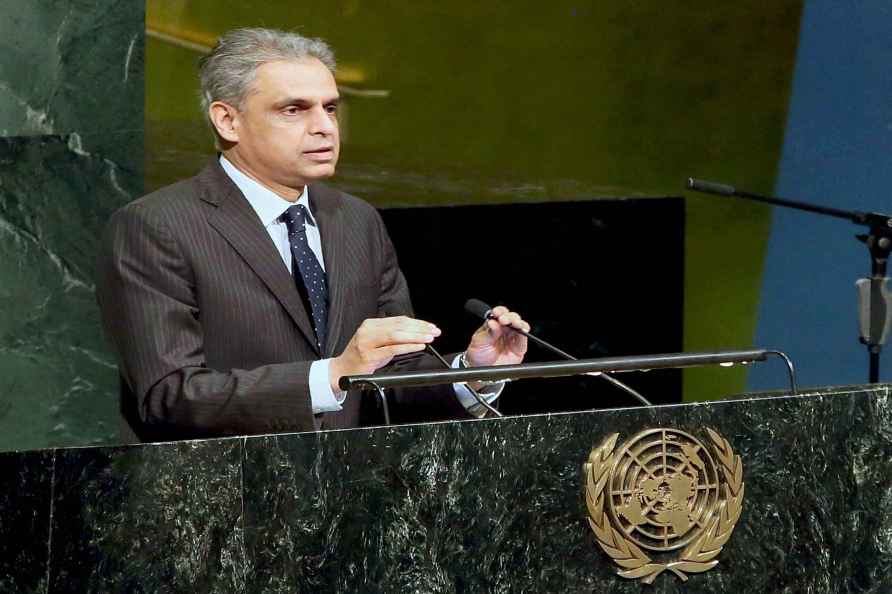 By Arul Louis United Nations, July 22 : India's Permanent Representative to the UN, T.S. Tirumurti, who will be presiding over the Security Council next month, held discussions with General Assembly President Volkan Bozkir about New Delhi's agenda for leading the Security Council, according to a spokesperson. Bozkir's spokesperson said that during their "coordination" meeting on Wednesday, the UNGA President "commended him for holding a majority of Security Council meetings in-person, as well as for the rich programme of work". After several months of virtual and blended meetings because of the Covid-19 pandemic, the Council has been slowly phasing in in-person meetings and during India's presidency it is slated to hold most of its meetings in person. The spokesperson said that Tirumurti briefed Bozkir about the agenda "focusing on High-level Open debates on Maritime Security, and on Technology and Peacekeeping, as well as a High-level briefing on the Threats to International Peace and Security caused by Terrorist Acts". Preparations for the high-level meeting of the Assembly in September, when traditionally heads of state and government speak, were also discussed, the spokesperson added. India has pressed for greater coordination between the Council and the Assembly, which is more representative of the UN membership compared to the 15-member Council that is dominated by the five permanent members. To prepare for India's focus on maritime security during its presidency, Deputy Chief of Naval Staff Vice Admiral M.S. Pawar met Tirumurti at the Indian mission, the Navy spokesperson tweeted on Tuesday. They discussed "strategic issues with specific reference to Maritime Security", the spokesperson tweeted. Last week, India's Foreign Secretary Harsh Vardhan Shringla was in New York to brief Secretary-General Antonio Guterres about New Delhi's agenda as Council President. November 2012 was the last time India had presided over the Council. India was elected for the eighth time as a non-permanent member last year and began serving on the Council in January. The presidency of the Council rotates every month in alphabetical order and India is expected to have another turn presiding over the body again next year. (Arul Louis can be reached at arul.l@ians.in and followed @arulouis) /IANS

G20 members to introduce assessment tool to evaluate affirmative policies for disabled people
Jakarta, Sep 14 : Representatives of G20 countries have agreed to introduce an assessment instrument to measure how far each country's policies have a