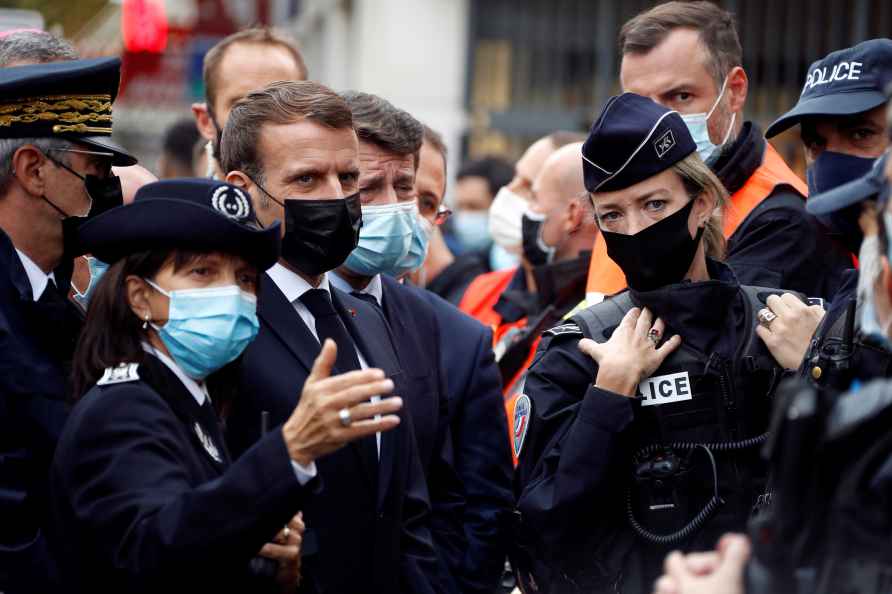 Port-au-Prince, July 21 : Ariel Henry has been sworn in as Haiti's new Prime Minister, nearly two weeks after the assassination of the country's President Jovenel Moise. The late president asked Henry to take the job, days before he was gunned down in the capital, Port-au-Prince. But Henry was in a political tussle with Claude Joseph, Haiti's interim prime minister at the time of the attack. Joseph stepped down on Monday and said Henry's appointment would pave the way for elections in September. Speaking at a ceremony in Port-au-Prince, the new prime minister called for unity, the BBC reported on Wednesday. "One of my priority tasks will be to reassure the people that we will do everything to restore order and security," said Henry. Joseph, who has returned to his former role as foreign minister, joined him at the ceremony and warned of a tough task ahead. The inauguration took place as an official memorial began for Moise, who was killed at his private residence on July 7. His wife Marine was also shot, and she arrived back in Haiti last week after receiving medical treatment in the US. Moise, 53, had ruled by decree in Haiti since 2018. Before his death, the country was already mired in political and security crises, with no working parliament, frequent anti-government protests, and a surge in gang violence. Many of the details of the president's assassination attack remain a mystery. Haitian police have blamed a group of mainly foreign mercenaries -- 26 Colombians and two Haitian Americans. At least 20 have been detained, while three were killed by police and five are still on the run. Christian Emmanuel Sanon, a Florida-based Haitian doctor, has been accused by police of masterminding the plot. "All the culprits, perpetrators and sponsors must be identified and brought before Haitian justice," said Henry. "I hope that exemplary and dissuasive sentences will be pronounced. The nation expects no less from its leaders," he added. "Never again will we have to relive such a tragedy." /IANS

Chikmagalur: Visitors click photographs in a hill adorned by the Neelakurinji flowers, which bloom once in 12 years, at Chandra Dhrona Hill Ranges in Chikmagalur district, Saturday, Sept. 17, 2022. ( […]

New Delhi, Sep 17 : In an endeavour to promote ease of doing business, the Union Ministry of Road Transport & Highways (MoRTH) has notified new rules to simplify and streamline the Trade Certificate r […]

Judge orders Tesla to tell laid off employees about lawsuit

San Francisco, Sep 17 : Elon Musk-run Tesla must tell its employees about a lawsuit it is facing over allegedly violating federal laws by requiring workers to sign separation agreements, a US judge ha […]