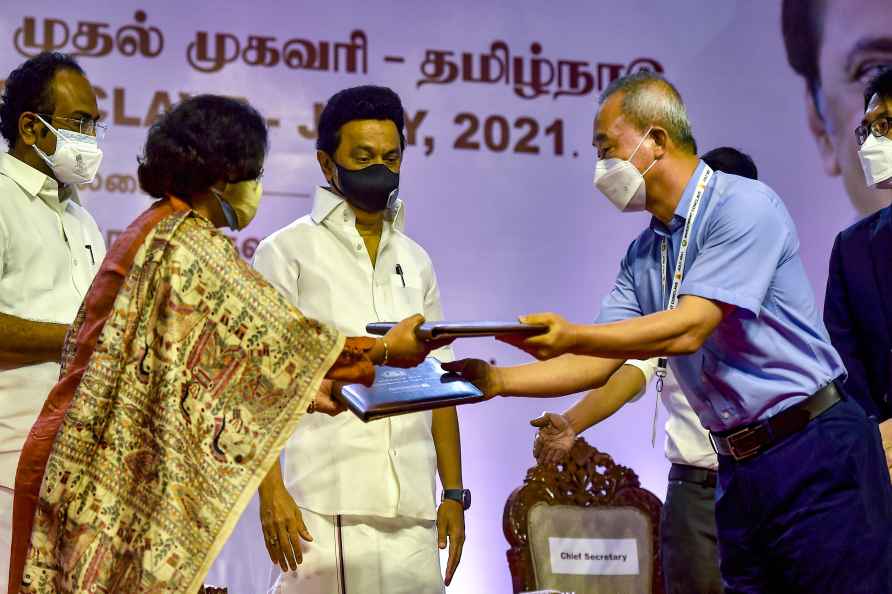 Chennai, July 21 : Tamil Nadu Chief Minister M.K. Stalin has urged Prime Minister Narendra Modi not to move the Indian Marine Fishermen Bill, 2021 during the current session of the Parliament without addressing the concerns of the fisher folks. In a letter to Modi -- text of which as released to the media here, Stalin said the proposed Bill has many disturbing clauses, like criminalisation and imprisonment of fishermen, use of force against fishermen, levy of charges, levy of huge penalties and others. Stalin said such provisions has resulted in widespread protests and disquiet in the state. "After obtaining the views of the stakeholders on the Bill in its present form, a decision on moving a fresh Bill that addresses the concerns of the fishermen communities, may be taken," Stalin said. According to Stalin, many provisions in the proposed Bill go against the interests of the local fisher communities and certain clauses infringe upon the rights conferred to the States under the State List of the 7th Schedule of Constitution of India. "While we understand and appreciate the need to protect and preserve the marine eco system, we also consider it equally important that the livelihood and interests of the traditional fishermen are clearly protected," Stalin said /IANS

Bringing law to increase usage of Kannada language: K'taka CM
Bengaluru, Sep 14 : Amid the controversy over Hindi Day celebrations in Karnataka, chief minister Basavaraj Bommai has said that a law to increase Kan

Leena Jumani opens up on playing a complex personality in 'Appnapan'

Mumbai, Sep 14 : 'Kumkum Bhagya' actress Leena Jumani talks about her character and how her on-screen personality is going to change the storyline of the show 'Appnapan... Badalte Rishton Ka Bandhan' […]

Covid may up risk of developing Alzheimer's disease among the older

New York, Sep 14 : Older people who were infected with Covid-19 show a substantially higher risk -- as much as 50 per cent to 80 per cent higher than a control group -- of developing Alzheimer's disea […]