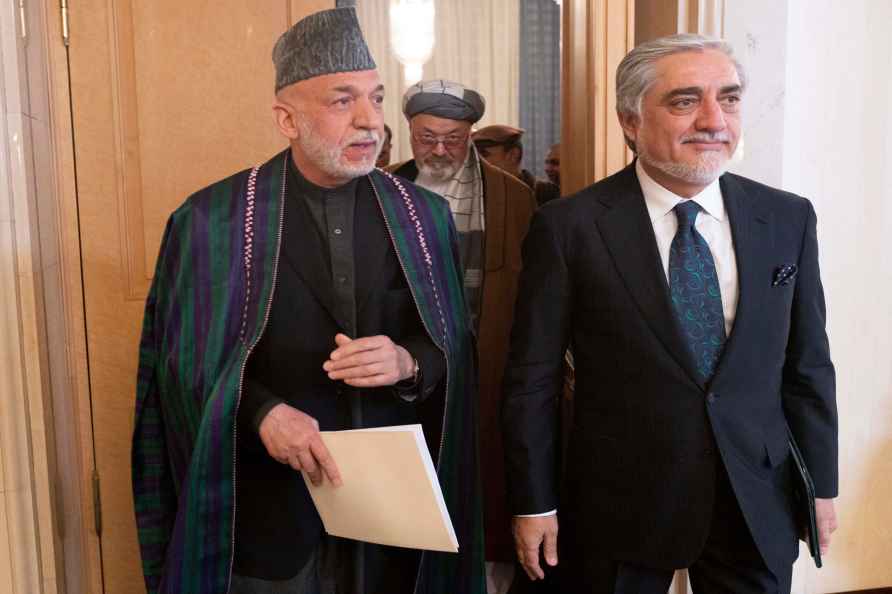 Kensington Oval (Bridgetown), July 21 : West Indies failed to handle an incisive spell of pace bowling from Mitchell Starc as the hosts went down to Australia by 133 runs under D/L Method in the first One-day International at the Kensington Oval on Wednesday (IST). The left-arm pacer took 5/48 while new-ball partner Josh Hazlewood captured 3/11 as West Indies fell for 123 in 26.2 overs, well short of their revised target of 257 for victory off 49 overs. Earlier, new Australia skipper Alex Carey smashed a workman-like 67 off 87 balls to guide the tourists to 252/9 in 49 overs. West Indies captain Kieron Pollard top-scored with a 56 off 57 balls and Hayden Walsh Jr (20) were the only players to reach 20. Pollard, who hit five fours and three sixes, inspired a 68-run, seventh wicket partnership with Alzarri Joseph (17) to hold the innings together. When Australia batted earlier in the day, Walsh followed up his brilliance in the recent five-match T20 International series. He finished with a career-best 5/39 off 10 overs to limit the Australian run pursuit. He returned the best figures by a West Indian leg-spinner in history, beating the 4/26 by Rajendra Dhanraj back in 1996. Walsh was also the first West Indian spinner to take a five-wicket haul since Sunil Narine had 6/27 against South Africa five years ago. He was supported by fast bowler Joseph (2/40) and left-arm spinner Akeal Hosein (2/50), both of whom claimed two wickets. Australia captain Alex Carey top-scored with 67 while Ashton Turner struck a breezy 49 off 45 balls, the pair staging a fifth wicket stand of 104. The two teams will return to the same venue on July 22 for the second ODI. Brief scores: Australia 252/9 in 49 overs (J Philippe 39, A Carey 67, A Turner 49; H Walsh 5/39, A Joseph 2/40) beat West Indies 123 in 26.2 overs (K Pollard 56; M Starc 5/48, J Hazlewood 3/11) by 133 runs (D/L Method). /IANS

Starc decimates West Indies as Australia take 1-0 lead
Kensington Oval (Bridgetown), July 21 : West Indies failed to handle an incisive spell of pace bowling from Mitchell Starc as the hosts went down to A

England clinch T20I series vs Pakistan with thrilling win
Manchester, July 21 : A 36-ball 64 by Jason Roy and a four-wicket haul by Adil Rashid propelled England to a series-winning three-wicket victory over

Bangladesh, Zimbabwe T20I series advanced
Harare, July 19 : The T20 International series between Bangladesh and Zimbabwe has been advanced due to the challenges faced by the tour's broadcast c

Kensington Oval (Bridgetown), July 21 : West Indies failed to handle an incisive spell of pace bowling from Mitchell Starc as the hosts went down to Australia by 133 runs under D/L Method in the first […]

San Francisco, July 21 : Chip-maker Qualcomm has announced to invest further in its new Snapdragon Wear Platform along with launching a Wearables Ecosystem Accelerator Programme, as it reaches more th […]

Rainfall intensity over NW India to decrease from today

July 21, New Delhi : The India Meteorological Department (IMD) on Wednesday said that rainfall intensity over Northwest India is very likely to decrease and further slowdown in intensity and spread is […]

Sydney, July 21 : Australia's most populous city of Sydney has experienced an uptick of community cases, over half of which are still under investigation, with health authorities scrambling to regain […]