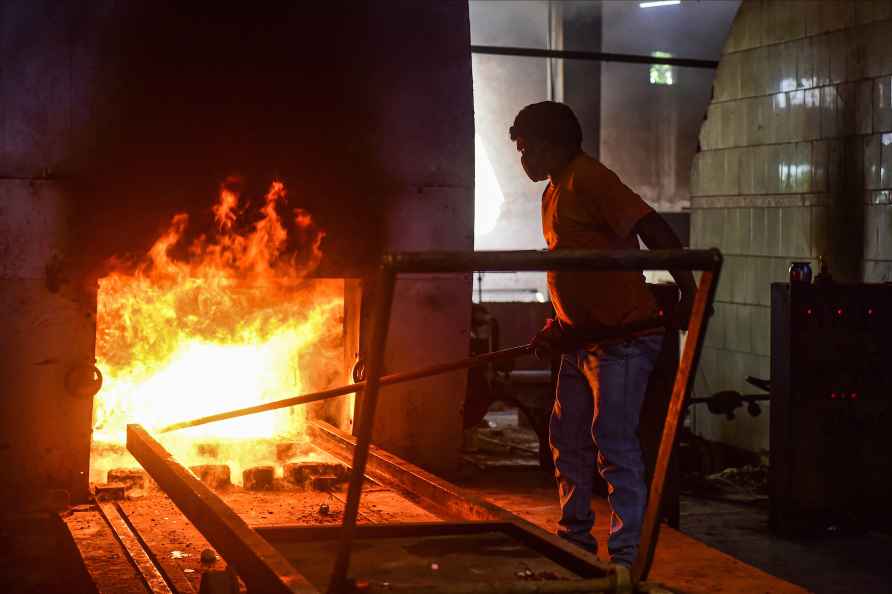 Singapore, July 21 : Singapore's Ministry of Health (MOH) reported 195 new Covid-19 cases on Tuesday, bringing the total tally in the country to 63,440. The new infections included 182 locally transmitted cases, of which 142 were linked to the Jurong Fishery Port cluster and 14 belonged to the KTV cluster, the Xinhua news agency reported. Of the new local cases, 81 were linked to previous cases and have already been placed on quarantine, while 75 were linked to previous cases and were detected through surveillance. Another 26 were currently unlinked. There were 13 imported cases, who have already been placed on Stay-Home Notice (SHN) or isolated upon arrival in Singapore. Six were detected upon arrival in Singapore, while seven developed the illness during SHN or isolation. Overall, the number of new cases in the community has increased from 37 cases in the week before to 643 cases in the past week. The number of unlinked cases in the community has also increased from 10 cases in the week before to 68 cases in the past week. A total of 332 cases are currently warded in the hospital. Most are well and under observation. There are currently five cases of serious illness requiring oxygen supplementation, and one in critical condition in the intensive care unit. As of July 19, Singapore had administered a total of 6,837,200 doses of Covid-19 vaccines under the national vaccination program, covering 4,164,922 individuals. As many as 2,792,430 individuals have completed the full vaccination regimen, consisting of 120,152 recovered persons who received at least one dose and 2,672,278 who received their second dose. The ministry also announced on Tuesday that Singapore will be further tightening community safe management measures by going back to Phase 2 (Heightened Alert), which will take effect from July 22 through August 18. In the period, permissible group sizes for social gatherings will be reduced from maximum of five persons to maximum of two persons, together with a cap of two distinct visitors per household per day. Individuals should continue to limit their overall number of social gatherings to not more than two per day, whether to another household, or meeting with friends and family members in a public place. Meanwhile, both indoor and outdoor dine-in food and beverage establishments will only be able to offer takeaway and delivery options, according to MOH. /IANS

DGCA reviews breath analyser test guidelines as air traffic soars
New Delhi, Sep 14 : In view of the declining trend in the Covid-19 cases and rise in the volume of air traffic, the aviation regulator Director Genera