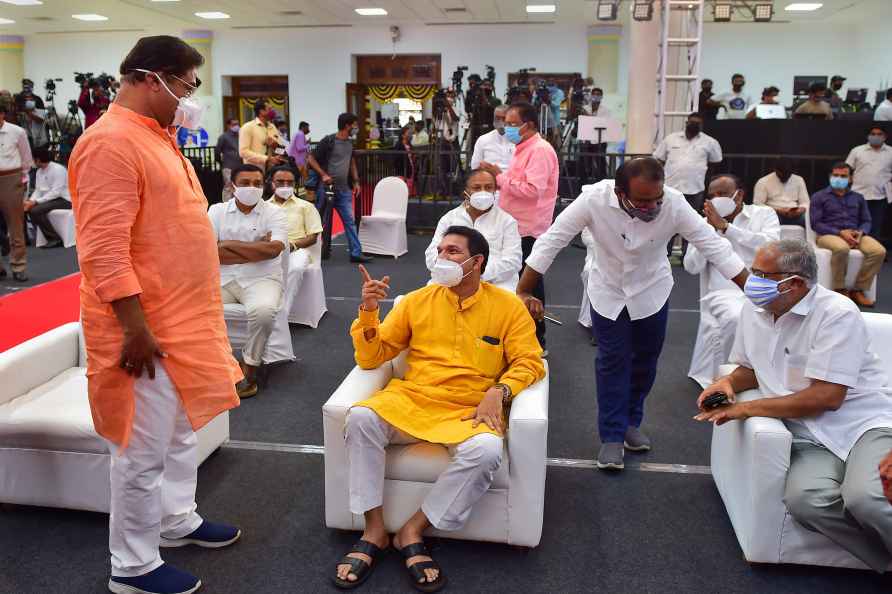 Bengaluru, July 19 : Karnataka will declare results of the Class 12 (II year Pre-University Course) students on Tuesday, Education Minister S. Suresh Kumar announced on Monday. Kumar told reporters that students can check their PUC II results on the official website of the department -- pue.kar.nic.in -- and to access the results, students have to use their login credentials including registration numbers and birth date. Owing to the second wave of the pandemic, Karnataka had cancelled the Class 12 board exams that were scheduled to begin on May 24 and end on June 16, after postponing them multiple times, based on the academic experts' advice. The Department of Pre-university Education (DPUE) will now release the results on Tuesday, based on the marks obtained by the students in previous examinations. As per the evaluation criteria, regular or fresher II PUC students will be promoted to the next class by considering 45 percent of their Class 10 Secondary School Leaving Certificate (SSLC) marks, 45 percent of the I PUC marks and 10 percent basis of academic performance of II PU. On the other hand, the private candidates will have to appear for the examination, whenever the exam is conducted by the Board in the state. Also, the repeaters who have enrolled themselves for the exam will be promoted by allotting minimum passing marks along with five per cent grace marks. Those students unhappy with the grading system can take up the examination later in offline mode, the dates of which would be notified after the declaration of results. There are 1,202 government Pre-University colleges, 637 aided Pre-University colleges, 1,936 unaided Pre-University colleges, 165 bifurcated Pre-University colleges and 13 Corporation Pre-university colleges across the state. After SSLC (Class 10), about 10 lakh students enrol in the two-year PUC. The courses offered by the DPUE are broadly classified under the categories of Humanities (Arts), Science and Commerce. There are 23 subjects, 11 languages and 50 combinations in the Pre-University curriculum. Last year, a total of 5,56,267 students had appeared in the exam, and the overall pass percentage stood at 69.20. The pass percentage in II PU Arts, Commerce and Science stream was 65.52 per cent, 41.27 per cent and 76.2 per cent, respectively. /IANS

Gandhinagar Aug 20 : Prime Minister Narendra Modi said on Friday that "empires created out of terror can dominate for some time, but their existence is never permanent as they cannot suppress humanity […]

By Arundhati Banerjee Mumbai, Aug 20 : Manoj Bajpayee received the Best Actor award for his role in 'The Family Man 2' web series at the Indian Film Festival of Melbourne (IFFM) 2021 on Friday. Hear […]