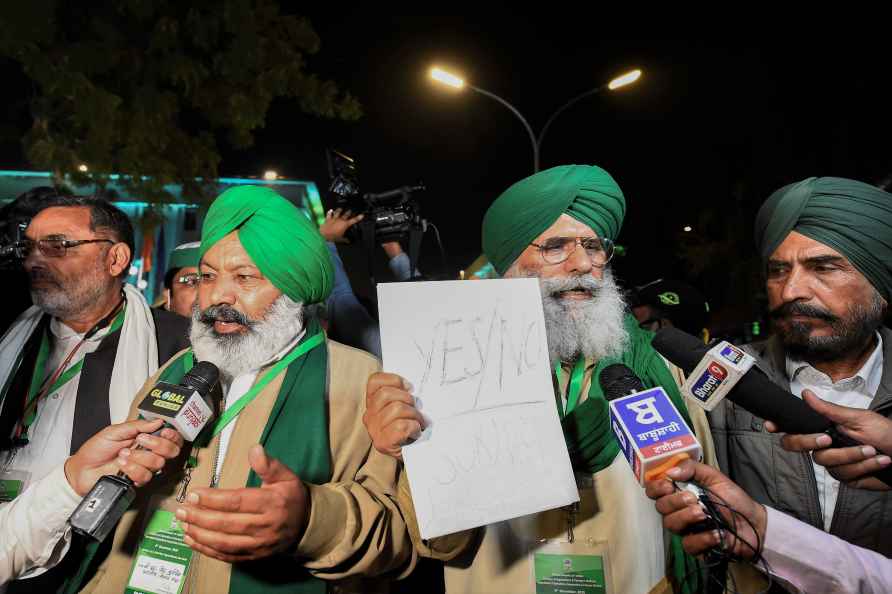 New Delhi, July 8 : The new Union Cabinet, in its first meeting on Thursday, held a comprehensive discussion on the welfare of farmers and made it clear that the Agricultural Produce Market Committees (APMCs) will be strengthened as farmer groups fear that they will be done away with after the new farm bills. Following the Union Cabinet meet, chaired by Prime Minister Narendra Modi, Union Agriculture Minister Narendra Singh Tomar declared that the new farm laws "do not have any provisions to end markets controlled by the APMCs." The Minister said the APMCs will be strengthened, and will be supported by the Centre's infrastructure fund for their development. "APMCs will not be done away with. After the implementation of farm laws, APMCs will receive crores of rupees from the Centre's infrastructure fund to strengthen them so that these will be more useful for farmers," Tomar said. Noting that it was earlier announced by the government to strengthen the APMCs, the Minister said, "Efforts will be made to provide more resources to the APMCs. Rs 1 lakh crores allocated under Atmanirbhar Bharat to Farmers Infrastructure Fund can be used by APMCs." Tomar added that the Cabinet took several decisions related to the agriculture sector that included changes in the Coconut Board Act and that individuals can do more than one project but they will have to start those at different places. The Minister also appealed to the protesting farmers unions to end their protest and to hold talks, saying "the government is ready for discussions". The two new bills, The Farmers (Empowerment and Protection) Agreement on Price Assurance and Farm Services Bill, 2020 and the Farming Produce Trade and Commerce (Promotion and Facilitation) Bill, 2020, aim to free agrimarkets, allow contract farming agreements, and create farm-to-fork supply chains. They do this by sidestepping APMCs, which have become cartelised over time. Older laws required farmers to sell to licensed middlemen in notified markets, and usually in the same area where they (the farmers) resided. The new laws open up APMCs to competition. One of them also allows farmers to strike agreements with agri-business firms or exporters for prospective sale of farming produce. Some farm groups and the opposition parties believe that the new laws will limit APMC markets to their physical boundaries while allowing corporate buyers to land up at the farm gates. They are also worried that because the laws do not guarantee the minimum price of acquisition or the government mandated minimum support price, most farmers will end up selling for lower prices in markets where the APMC law has been repealed. Finally, they believe that few farmers will cross states to sell produce or take the online route to do so. The opposition has severely criticised the government for passing the Bills in Parliament without sending them for further scrutiny to a select panel. The government has for its part asserted that the bills were passed after discussion with the opposition members and allow farmers more options to get better remuneration for their produce. /IANS

Building 'Naya J&K': Train to Kashmir not far away

New Delhi, Sep 17 : Railways Minister Ashwini Vaishnaw, who recently visited J&K, announced that the train would reach Kashmir by 2024. He also assured that Jammu-Poonch railway link would be complete […]