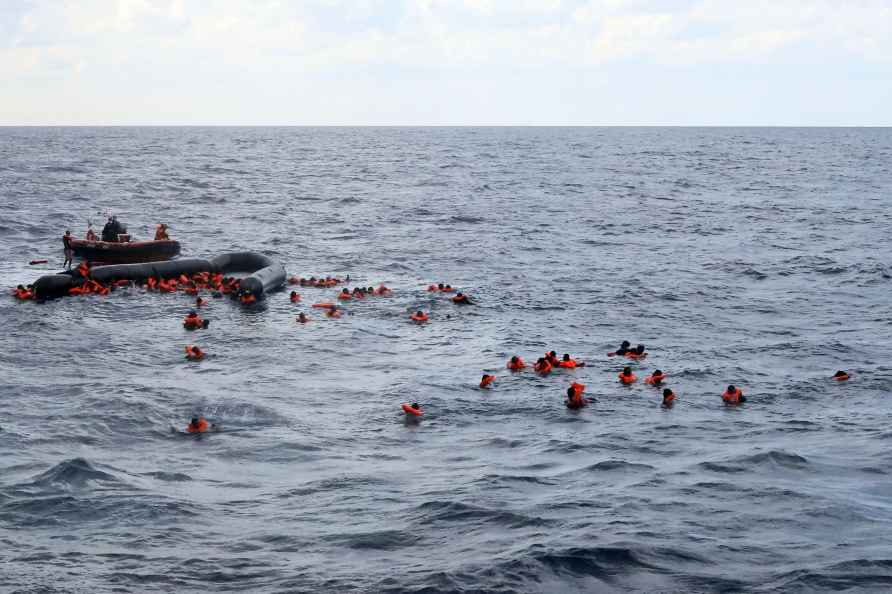 Tripoli, June 15 : The International Organization for Migration (IOM) said that more than 2,000 illegal migrants were rescued off the Libyan coast and returned to the country last week. "In the period of June 6-12, 2,083 migrants were rescued or intercepted at sea and returned to Libya," the IOM said in a statement on Monday. According to the UN agency, a total of 12,794 illegal migrants, including women and children, have been rescued so far this year, reports Xinhua news agency Meanwhile, 190 of them have died and 487 went missing off the Libyan coast on the Central Mediterranean route. Libya has been plagued by insecurity and chaos since the fall of the late leader Muammar Gaddafi in 2011, making it a preferred point of departure for illegal immigrants wanting to cross the Mediterranean Sea toward European shores. Rescued migrants end up inside overcrowded reception centres across Libya, despite repeated international calls to close them. The IOM Displacement Tracking Matrix (DTM) identified and located 348,372 internally displaced persons in Libya. /IANS

Mahadalit families in Bihar village convert to Christianity
Patna, July 15 : Amid the political debate over religious conversions in the country, a number of persons belonging to the Mahadalit community have co

[Srinagar: Security personnel take positions near the house where militants were hiding, during an encounter in Srinagar, Friday, July 16, 2021. 2 militants were killed in the encounter. ( /PTI] […]

Let trials be concluded, it would be disaster if vaccines are administered to children without clinical trials: Delhi High Court.

Let trials be concluded, it would be disaster if vaccines are administered to children without clinical trials: Delhi High Court. […]