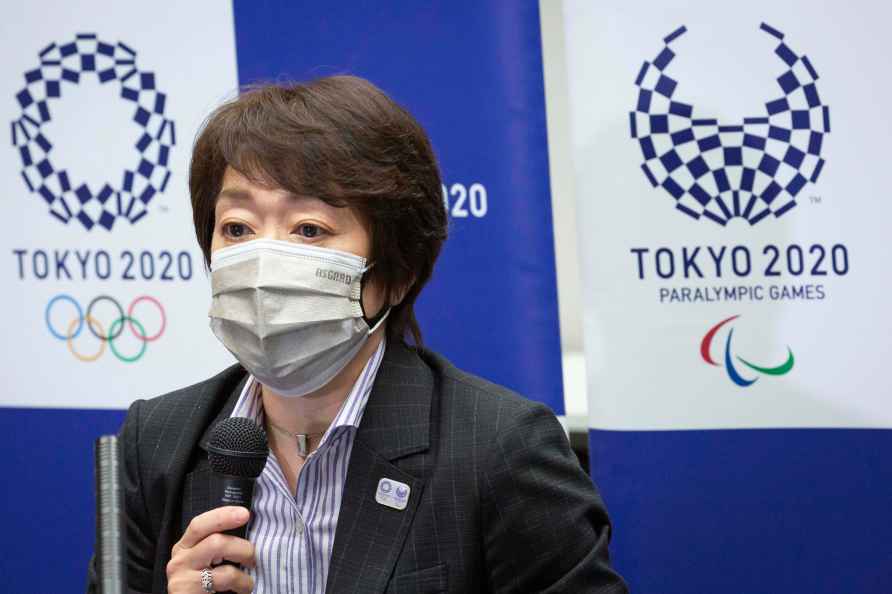 [Tokyo: Tokyo 2020 Organizing Committee President Seiko Hashimoto speaks during a press conference Friday, June 11, 2021 in Tokyo, Japan. The question of allowing any fans into Tokyo Olympic venues is still being debated with a decision unlikely to be announced before the end of the month. /PTI] By Saibal Gupta Kolkata, June 11 : In a surprise development on Friday BJP national vice-president and MP from Krishnanagar North, Mukul Roy, is expected to meet West Bengal Chief Minister Mamata Banerjee fuelling speculation that he and his son Subhrangshu Roy might be returning to the Trinamool Congress. Roy, who is presently in his house in Salt Lake and admitted to his close circle that he is going to meet Banerjee on Friday, when contacted refused to comment on the meeting. On the other hand, Banerjee will conduct a meeting at the Trinamool Congress Bhawan at 3 p.m. and is likely that Roy will meet the chief minister after the meeting. Sources in the party said that the party is going to take two major decisions in the meeting on Friday. "The party has earlier announced the decision of one-man-one-post theory and this is likely to be officially announced and implemented in the meeting today. "Apart from that there are many people who left the party before the election but want to return. Our leader Mamata Banerjee is likely to take a decision regarding this," a senior party member said. Sources in the party also said that Roy is likely to meet the chief minister at Trinamool Bhawan but he was tight-lipped on the issue of his joining the party. Whatever might be the case but political observers are of the opinion that Roy's equation with BJP is fast becoming strained allowing him to get closer to his earlier party and that was evident from several incidents in the last few days. That Trinamool Congress' attitude towards Roy has changed and it was evident when Mamata Banerjee in her election campaign termed Roy as 'Bhalo Chele' (Good Boy) and it was followed by Abhishek Banerjee's visit to the hospital to see Roy's wife. Though Roy was not present during his visit, Abhishek met his son Subhrangshu Roy and both of them had a discussion of more than half-an-hour. Subhrangshu was all praise for Abhishek after the meeting. Just after Abhishek's visit, state BJP President rushed to the hospital to see Roy's wife and the next day Prime Minister Narendra Modi called up Roy to enquire about his wife's health. Though Roy ignored the speculation and announced that he was a BJP worker and will continue to work for the party but his skipping of several BJP meetings, including the first state legislative committee meeting and the BJP state committee meeting only supported the speculation. Now, Roy's meeting with the chief minister might put an end to all the speculations. /IANS

New Delhi, June 11 : Google has updated its Search algorithms to protect people who are dealing with extraordinary cases of repeated harassment online. Now, once someone has requested a removal […]

New Delhi, June 11 : Uttar Pradesh Chief Minister Yogi Aditynath is meeting Prime Minister Narendra Modi on Friday to apprise him about the political situation in the state and steps taken to control […]