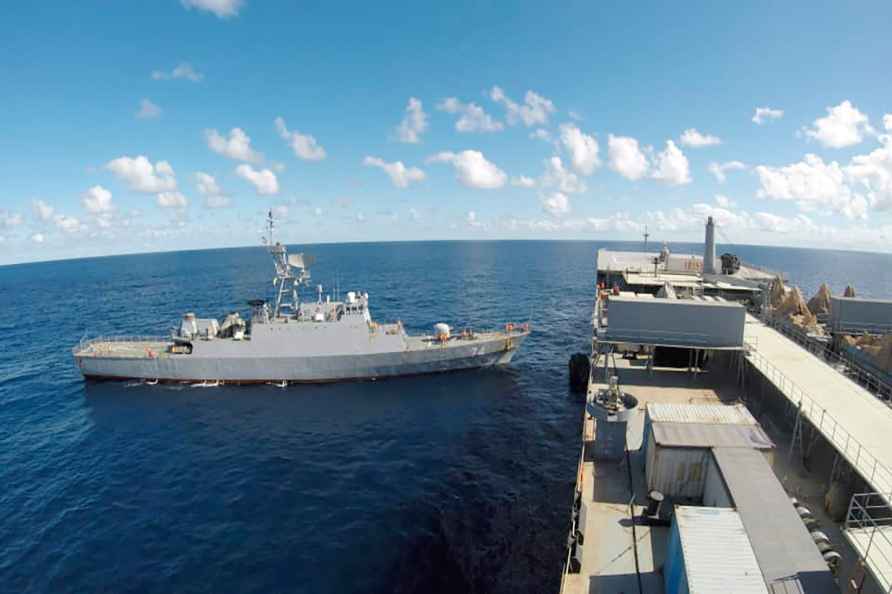 Tehran, June 11 : Two Iranian war ships have entered the Atlantic Ocean for the first time, a top official confirmed here. In a statement on Thursday, Deputy Iranian Army Coordinator Admiral Habibollah Sayyari said the two ships, including the Makran port ship and the domestically-built Sahand destroyer, had left the southern port of Bandar Abbas on May 10 and have now arrived at the Atlantic Ocean without calling at other countries' ports, Xinhua news agency reported. He said said the ships have so far sailed some 6,000 nautical miles, about 12,000 km, going around the Cape of Good Hope during their 30 days of traveling in high seas. "We consider our presence in international waters an inalienable strategic right of the Islamic Republic of Iran Navy, and we will continue on this path with strength," Sayyari was quoted as saying. The ships will continue their course toward the North Atlantic Ocean, making the country's longest maritime mission, he said. Western media have reported that the destination for the Iranian ships is Venezuela. On Wednesday, US political news site Politico reported that "the Joe Biden administration is urging Venezuela and Cuba to turn away two Iranian warships believed to be carrying arms intended for transfer to Caracas". There is no immediate comments from the Iranian side on the claims. /IANS

'The Last Hour' actor Karma Takapa: My focus is on being a filmmaker

Mumbai, June 11 : Karma Takapa gained fandom as an actor with his portrayal of a shaman named Dev in the recent web series "The Last Hour" but, more than acting, it is filmmaking that interests him. […]

San Francisco, June 11 : Popular virtual gaming platform Roblox has been sued by the National Music Publishers' Association (NMPA) in the US, seeking $200 million in damages for allegedly allowing use […]