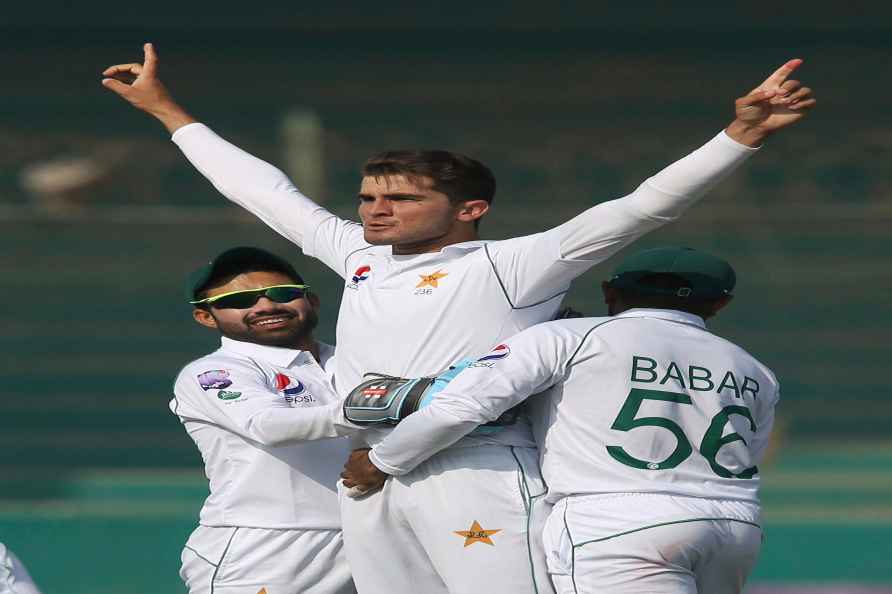 St Lucia, June 11 : Opener Aiden Markram's 60 helped South Africa reach 128 for four at the end of first day's play in the first Test against West Indies here. The Proteas now lead by 31 runs, after having dismissed the host for 97 in their first innings thanks to a five-wicket haul by pacer Lungi Ngidi. Debutant pace bowler Jayden Seales took three for 34 in 11 overs to help Windies fight back. After SA skipper Dean Elgar was dismissed in the first over by Kemar Roach with the score on 0, the visiting side looked to resurrect the innings through Markram and debutant batsman Keegan Petersen. However, Petersen was removed by Seales for 19. He was caught in slips with a ball that rose sharply. Markram and Rassie van der Dussen (batting 34) then added 79 for the third wicket to put SA in a position of strength before Seales returned to take two wickets. He first removed Markram, having him caught behind and then followed it up with the wicket of another debutant Kyle Verreynne (6), who too was caught behind. Earlier, fast bowler Lungi Ngidi had captured his second five-wicket haul in Test cricket and Anrich Nortje took four to help South Africa bowl out West Indies for 97 -- their lowest total against the visitors. Only five West Indies batsmen reached double figures, with Jason Holder's 20 (41 balls, 3x4s) being the top score at the Daren Sammy National Cricket Stadium. Ngidi bagged five for 19 while Nortje took four for 35. Kagiso Rabada, another fast bowler, captured the other wicket. Brief scores: West Indies 97 all out (J Holder 20, L Ngidi 5/19, A Nortje 4/35) vs South Africa 128/4 (A Markram 60, R van der Dussen 34 batting, J Seales 3/34). /IANS

Lucknow, June 11 : With the second wave of Covid-19 receding and the monsoon season around the corner, the Yogi Adityanath government in Uttar Pradesh is now gearing up to combat water-borne diseases, […]

Milwaukee: Milwaukee Bucks' Bryn Forbes and Brooklyn Nets' Kevin Durant have words during the second half of Game 3 of the NBA Eastern Conference basketball semifinals game Thursday, June 10, 2021, in […]