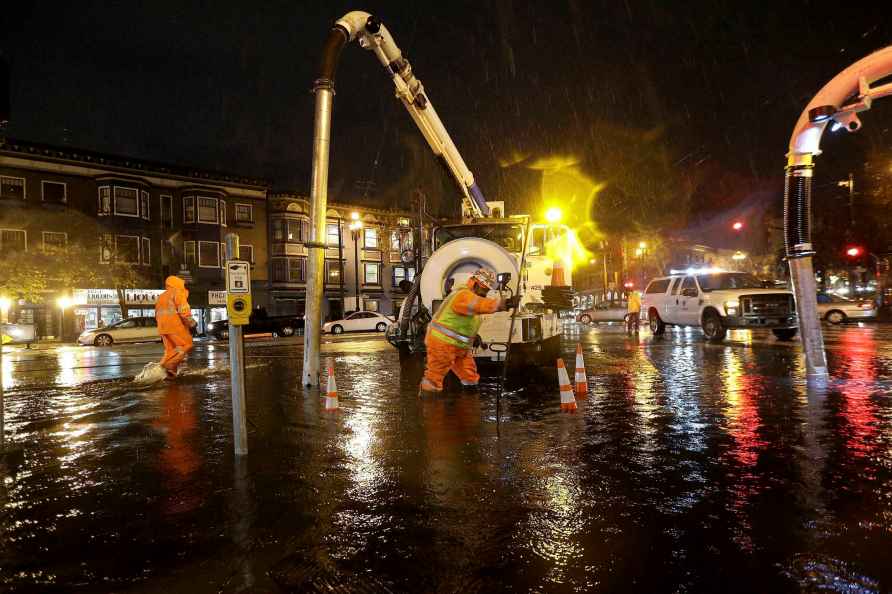 Amaravati, June 9 : The southwest monsoon on Wednesday advanced into some more parts of Andhra Pradesh and Telangana and most parts of the Bay of Bengal. "Southwest monsoon has further advanced into some more parts of Telangana and Andhra Pradesh, most parts of central Bay of Bengal and some more parts of north Bay of Bengal today (Wednesday)," said a Met official. According to the Met department, it is likely to advance into the remaining parts of both the Telugu states and others in the next two to three days. Meanwhile, a cyclonic circulation is lying over east central and adjoining northeast Bay of Bengal between 4.5 km to 5.8 km above the mean sea level. "Under its influence, a low pressure area is likely to form over north Bay of Bengal and neighbourhood around Friday. It is likely to be more marked during the subsequent 24 hours," the Met official said. In the light of these developments, thunderstorms accompanied by lightning are very likely to lash parts of north coastal and south coastal Andhra and Yanam on Thursday. These rains are forecast to intensify into heavy rainfall in parts of the aoastal Andhra on Friday, Saturday and Sunday while thunderstorms with lightning are very likely in parts of south coastal Andhra during these three days, including in parts of Rayalaseema on Sunday. Despite the rain forecast, parts of West Godavari district scorched on Tuesday and Wednesday, especially Bhimavaram and vicinity, encompassing villages such as Chinamiram, Pedamiram, Jakkaram, Kopella, Seesali, Kalla and others. /IANS

58 dead in Germany floods
[Berlin: This image provided on Friday, July 16, 2021 by the Cologne district government shows the Blessem district of Erftstadt in Germany. Rescuers

Mumbai, July 15 : Zoya Akhtar's "Zindagi Na Milegi Dobara" turned 10 on Thursday, and the filmmaker marked the occasion sharing a picture of the blue convertible car that featured in the multistarrer […]

Kolkata: Members of Left wing students participate in a rally in...