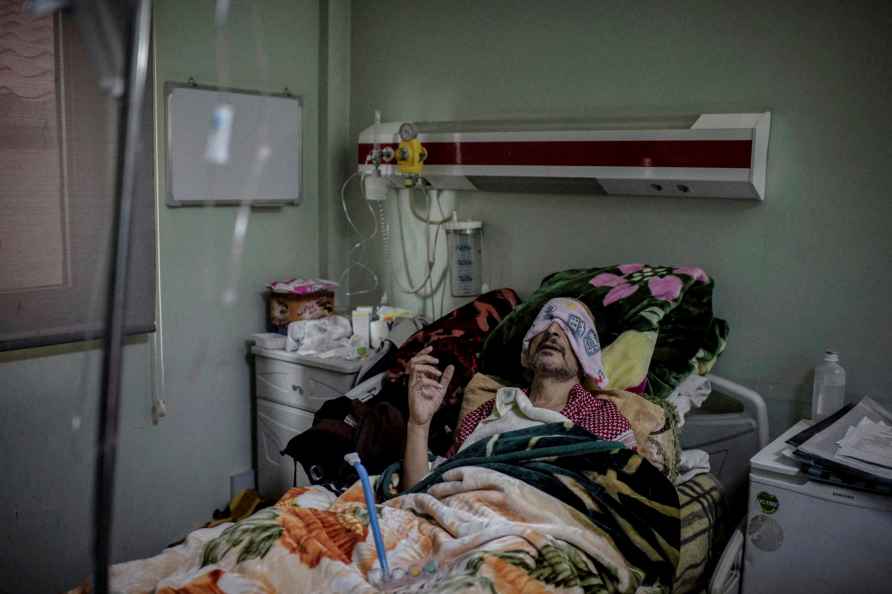 Abuja, May 30 : Nigerian troops on Friday killed 10 Boko Haram militants while thwarting an attempted attack on a military base in the northeastern state of Borno, a spokesman for the army said on Saturday. Mohammed Yerima, the spokesman for the army, said in a statement that the militants came in their numbers, mounted on gun trucks, and attempted to infiltrate the main entrance of Rann, a town in the northern state, with a heavy presence of troops. The troops were right on hand to counter the move and inflicted a "humiliating defeat on the terrorists who abandoned their evil mission and took to their heels," Yerima said. He said the troops thereafter chased the fleeing Boko Haram members and ensured there was no further threat to the town and the residents. One of the gun trucks of the militants was successfully destroyed, he said, adding the troops also recovered multiple weapons, including one anti-aircraft gun, two machine guns, and eight AK-47 rifles from them. Boko Haram has been trying to establish an Islamist state in northeastern Nigeria since 2009. The terror group has also extended its attacks to other countries in the Lake Chad Basin. /IANS

'Will turn Afghanistan into ruins so that it can't compete with Pak'
New Delhi/Islamabad, Aug 3 : Abdullah Gul, son of former chief of Pakistan's Inter-Services Intelligence (ISI) Hamid Gul, has said that he will

Pak terrorist killed in Kashmir encounter
Srinagar, Aug 3 : One Pakistani terrorist was killed in a gunfight between the terrorists and security forces in the Chandaji area of Bandipora distri

Bengaluru, Aug 3 : With an eye on the forthcoming festive season, Flipkart's Shopsy on Tuesday announced the launch of a zero-commission marketplace, through which the e-commerce platform will organis […]

San Francisco, Aug 3 : Micro-blogging site Twitter is now allowing users to sign in to the app with Google account or Apple ID, the company has announced. The company on its support page on the […]

New Delhi/Islamabad, Aug 3 : Abdullah Gul, son of former chief of Pakistan's Inter-Services Intelligence (ISI) Hamid Gul, has said that he will destroy the government of Afghanistan with the hel […]

Mumbai, Aug 3 : The Securities and Exchange Board of India (SEBI) has barred Green Money Solution (GMS) and its proprietor Arvind Patidar from the securities market for involving in investment advisor […]