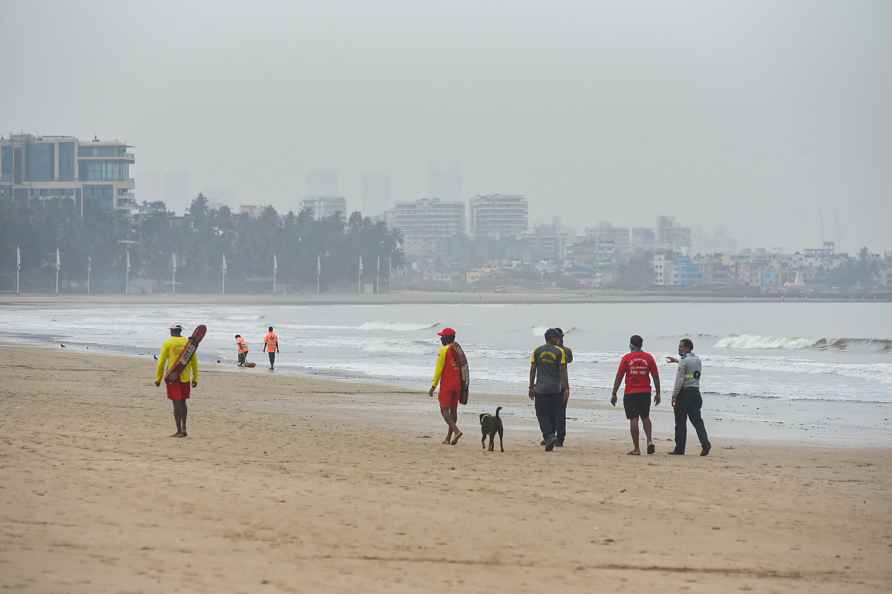 Bengaluru, May 13 : The Indian Meteorological Department (IMD) on Thursday predicted heavy rains and thunderstorms across Karnataka over the next two days due to the formation of a low pressure area over the Arabian Sea. "Moderate to heavy rains and thunderstorms with lightning will occur in many areas in coastal and interior parts of the state over the next 48 hours due to low pressure in the Arabian Sea," said the IMD in a statement here. The weather office has alerted the state government of widespread rains in Dakshina Kannada, Udupi and Uttara Kannada along the coast, Ballari, Bengaluru, Chamarajanagar, Chikkaballapur, Chitradurga, Davangere, Hassan, Kodagu, Kolar, Mandya, Mysuru, Ramanagar, Shivamogga, and Tumakur on Friday and Saturday. "Rains during the next 2-3 days under the influence of the system will precede a depression that will intensify into a cyclonic storm by the weekend and move north-west towards Gujarat on the following days," it said. The department has also advised fishermen against venturing into the high sea due to rough conditions and heavy rainfall. The Indian Coast Guard on Wednesday advised the state's fishermen to return to the shores from the high seas by Saturday, as the deep depression is likely to intensify into a cyclonic storm 'Tauktae' by Sunday due to favourable atmospheric conditions. Tauktae, which means 'gecko' in Burmese language, will be the first cyclone of this year. "The well-marked low-pressure area is likely to concentrate into a depression over the region and intensify into a cyclone during the subsequent 24 hours," the IMD added. /IANS