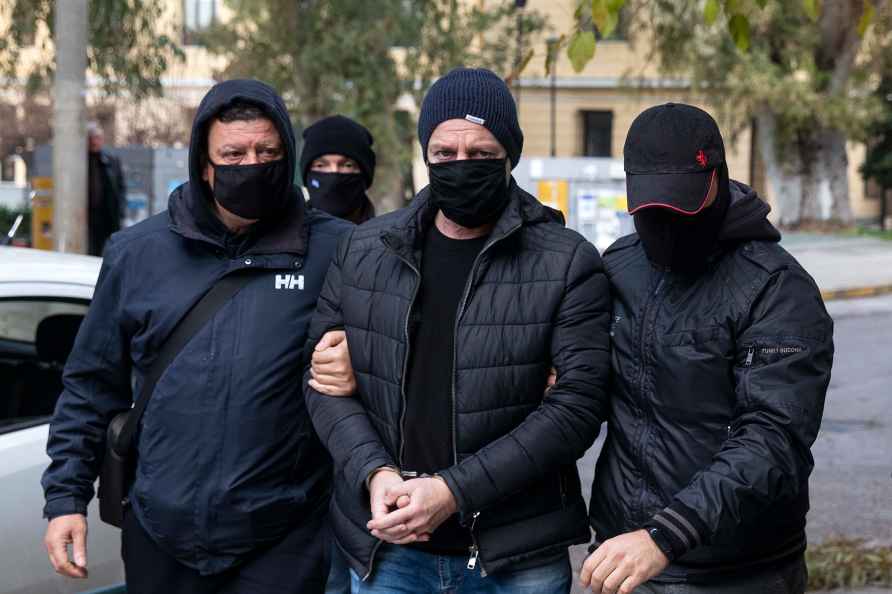 Thiruvananthapuram, May 7 : Malayalam filmmaker Shrikumar Menon has been arrested in a cheating case, police said. Alappuzha police officials had reached his home in Palakkad on Thursday night and took him into custody. The charge against him was he had collected around Rs one crore from an Alappuzha businessman, but failed to honour the agreement to make a film. Menon time and again has the habit of courting controversies. In 2019, he was let off on bail by police after questioning him in the complaint given against him by actress Manju Warrier for defaming her. He has directed Warrier in Mohanlal-starrer "Odiyan" as well as in several ad films. In 2018, he had an issue with legendary writer and Jnanpith awardee M.T.Vasudevan Nair over a script. /IANS

Allu Sirish's next titled 'Prema Kadanta'
Hyderabad, May 30 : Telugu actor Allu Sirish has redefined the meaning of love in the new posters as he announced the title of his upcoming film "Prem

Actor Devan takes up Lakshadweep issue, slams fellow stars
Thiruvananthapuram, May 28 : Veteran Malayalam actor Devan through his Facebook page has slammed his fellow stars for the way they engage in selective

BSF apprehends Chinese national along India-Bangladesh border. He is being questioned: Officials.

BSF apprehends Chinese national along India-Bangladesh border. He is being questioned: Officials. […]

Project launched for children orphaned by Covid in Haryana

Seoul, June 9 : South Korea's data protection watchdog said on Wednesday that it has imposed monetary penalties on six companies and institutions, including technology giant Microsoft and an affiliate […]