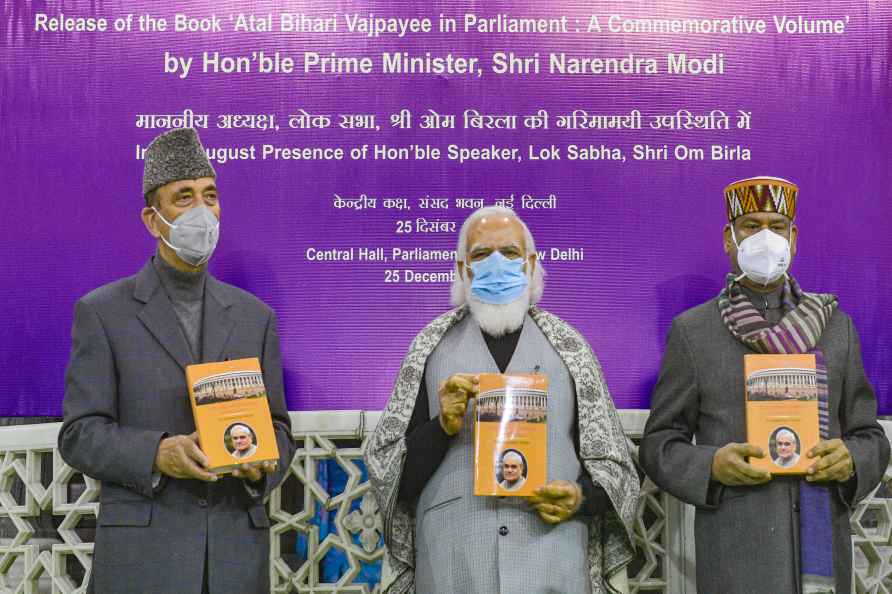 New Delhi, May 4 : Prime Minister Narendra Modi on Tuesday condoled the death of former Jammu and Kashmir Governor Jagmohan and described his death as a monumental loss. "Jagmohan Ji's demise is a monumental loss for our nation. He was an exemplary administrator and a renowned scholar. He always worked towards the betterment of India. His ministerial tenure was marked by innovative policy making. Condolences to his family and admirers. Om Shanti," Modi said in a tweet. Jagmohan passed away on Tuesday morning. He was 94. He had served two terms as Governor in the erstwhile state of Jammu and Kashmir -- from 1984 to 89, and then from January to May 1990. When the BJP's Atal Bihari Vajpayee became Prime Minister in 1998, Jagmohan alao served in his cabinet in a variety of portfolios, including communications, urban development and tourism. During the 1990s, Jagmohan had served as a nominated MP in the Rajya Sabha in 1990-96 and won a hat-trick of Lok Sabha elections from New Delhi (1996, 1998 and 1999). /IANS

New Delhi, May 4 : Prime Minister Narendra Modi on Tuesday condoled the death of former Jammu and Kashmir Governor Jagmohan and described his death as a monumental loss. "Jagmohan Ji's demise is […]

New Delhi, May 4 : After completing 21 years as the Chief minister of Odisha in March this year, 75-year-old Naveen Patnaik continues to be the one of the most popular Chief Ministers in India. […]

Toronto, May 4 : The simple application of UVC light -- the type of ultraviolet light that's most effective at killing germs -- on common disinfectants used to protect against a wide range of viruses […]

Buenos Aires, May 4 : An investigation into the death of Argentine football legend Diego Maradona has become a "trial by media", a defence lawyer said. Maradona died of a heart attack aged 60 last Nov […]