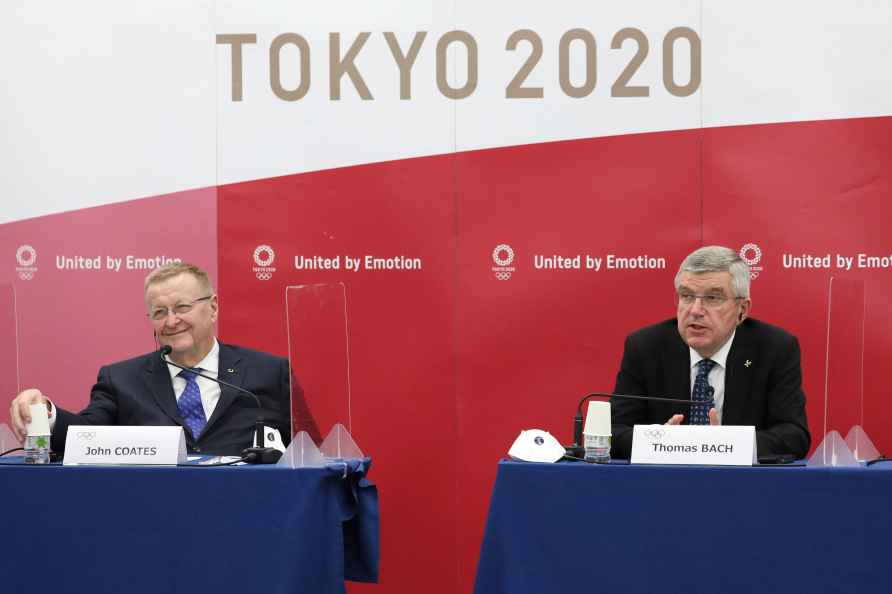 Lausanne, April 25 : A top International Olympic Committee (IOC) Athletes' Commission member has said that the global sports governing body should not take a call on whether the Tokyo Olympics should be held or not, and that the decision should be left to medical experts. Canadian Hayley Wickenheiser, a four-time Olympic ice hockey gold medallist, told the Canadian Broadcasting Corporation (CBC) that "this decision needs to be made by medical and health experts, not by corporate and big business". "A very clear and transparent explanation needs to be given if the Games are going to go ahead. You almost need someone else outside with less invested than you to say it is or isn't worth it. It shouldn't be the IOC making that call," she said. "That should be the experienced doctors and physicians who have dealt with pandemics and people with nothing to gain or lose from this." Due to a spike in Covid-19 cases, Japanese Prime Minister Yoshihide Suga has decided to issue another state of emergency in Tokyo and three other prefectures -- Kyoto, Osaka and Hyogo. Osaka reported 1,162 new cases on Friday, exceeding 1,000 infections for the fourth straight day, and Hyogo confirmed a record 567 new cases, while Tokyo had 759 new infections. "In the prefectures of Osaka and Hyogo, new variants account for more than 80 per cent of their infections, while constituting 30 per cent in Tokyo," Suga said. The measure, which came into force today, will continue till May 11. /IANS

Bopanna, Sharan get additional funding to train for Olympics
New Delhi, May 24 : The Mission Olympic Cell (MOC) on Monday cleared the funding for India's doubles tennis player Rohan Bopanna, his coach and physio

Kerala sees Covid spread dip, but hospitalisations and deaths up

Thiruvananthapuram, May 24 : Kerala Chief Minister Pinarayi Vijayan on Monday said even though the number of Covid cases is coming down in the state, patients seeking hospital care has increased, so h […]

Time for Team India to work together to fight COVID-19 rather than states working separately: Delhi CM Kejriwal.

Time for Team India to work together to fight COVID-19 rather than states working separately: Delhi CM Kejriwal. […]