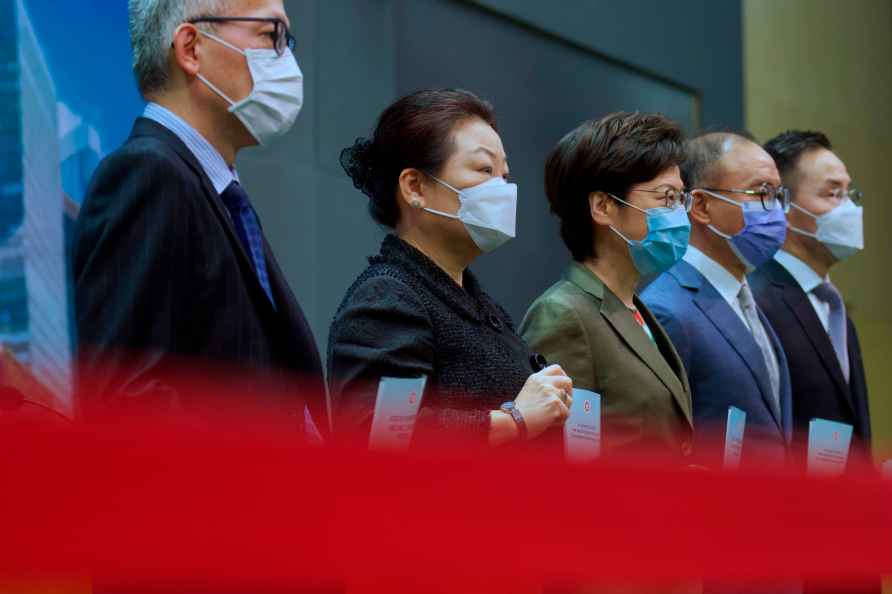 Amid restrictions, rush in Himachal temples to mark Navratri
[New Delhi: Devotees pray outside the Jhandewalan Temple, closed for general public in view of the surge in coronavirus cases, during the first day of