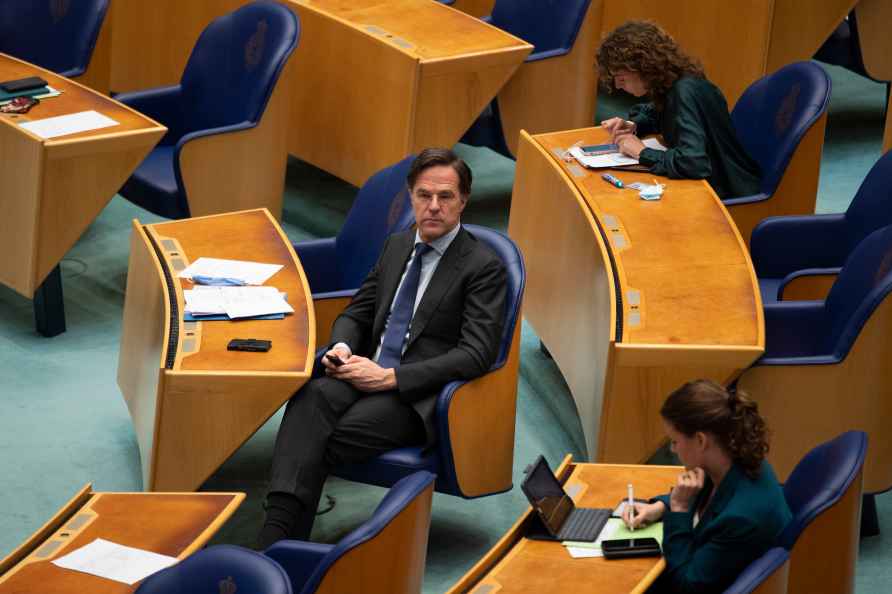 Hyderabad, April 8 : Telangana's daily Covid count crossed 2,000 mark on Thursday as the state continues to see massive surge in new infections. The state during the last 24 hours reported 2,055 new cases, the highest in seven months. The state capital and almost all districts of the state saw a spike. The fresh infections pushed the state's cumulative tally to 3,18,704. Seven more people succumbed to the virus during the last 24 hours that ended 8 p.m. Tuesday, taking the death toll to 1,741. According to the director of public health and family welfare, the fatality rate remains at 0.54 per cent against the national average of 1.30 per cent. The number of active cases jumped to 13,362. They include 8,263 who are in home/institutional isolation. A total of 303 people recovered from the pandemic during the last 24 hours, taking the cumulative recoveries to 3,03,601. The recovery rate has slipped further to 95.26 per cent, however, still above the national average of 91.7 per cent. Greater Hyderabad reported 398 cases, the highest in the state while districts bordering it continue to witness a surge. Medchal Malkajgiri and Rangareddy districts reported 214 and 174 cases respectively. Nizamabad district bordering Maharashtra saw a big surge for third consecutive day to record 169 new cases. Nirmal registered 100 new cases followed by Jagtiyal (99), Karimnagar (77), Warangal Urban (74), Sangareddy (65), Mahaboobnagar (60), Kamareddy (58), Mancherial (57), Nalgonda (54) and Khammam (50). The admissions into hospitals treating Covid cases have also gone up to 5,099 from 4,983 the previous day. According to director of public health, 3,662 patients were undergoing treatment in 244 private hospitals while 1,437 beds were occupied in 61 government hospitals. The authorities further ramped up testing. Of the total 87,332 tests conducted during last 24 hours, 75,909 samples were tested in government laboratories and 11,423 in private labs. With this, the number of tests conducted in the state so far climbed to 1,06,59,953. Samples tested per million population rose to 2,86,403. /IANS

Buenos Aires, April 8 : The Indian men's hockey team will need to be clinical at both ends of the pitch when they face Olympic champions Argentina in the hockey Pro League over the weekend, said head […]

San Francisco, April 8 : With nearly 30 per cent of the population in the US now receiving at least one dose of the Covid-19 vaccine, ride-hailing major Uber has now announced a $250 million stimulus […]

New Delhi, April 8 : The Kalinga Literary Festival (KLF) has instituted the annual book awards from this year to recognise brilliant literary work at different levels. The KLF Book Awards have b […]

Canberra, April 8 : Young women are the most reluctant group in Australia to get vaccinated against Covid-19, a new survey revealed on Thursday. Researchers from Australian National University ( […]