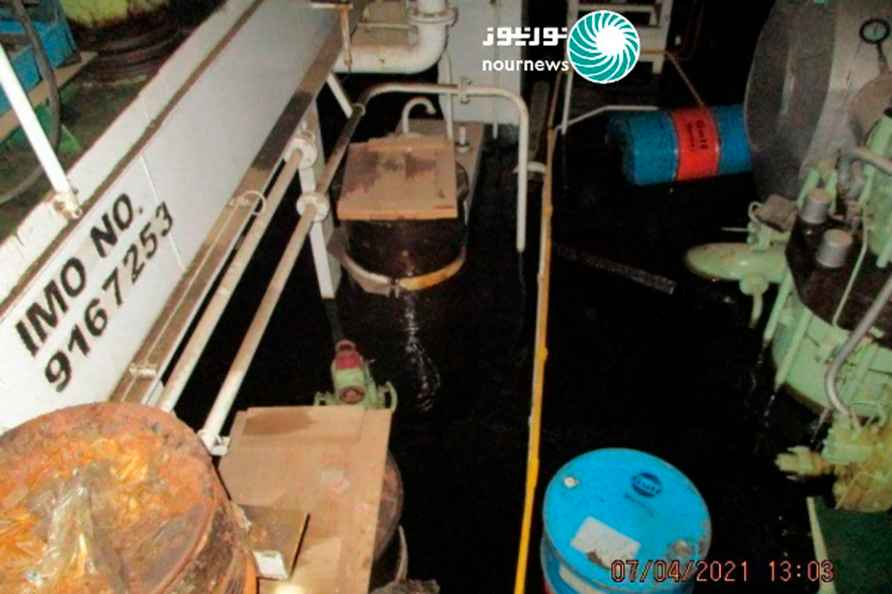 [XSE: This photo released by Nournews on Thursday, April 8, 2021, shows the flooded engine room of the Iranian ship MV Saviz after being attacked in Red Sea off Yemen. An attack Tuesday on the Iranian cargo ship said to serve as a floating base for its paramilitary Revolutionary Guard off Yemen has escalated a yearslong shadow war on Mideast waters, just as world powers negotiate over Tehran's tattered nuclear deal. /PTI] Thiruvananthapuram, April 8 : Following the brutal murder of a Muslim League worker that took place at Kuthuparamba, near Kannur, hours after the Tuesday's assembly election, the bastion of the CPI-M continues to be tense. While the local police have termed this as a political murder, the CPI-M has denied this. A special team has been formed to probe the murder. As soon as the voting ended in Kerala on Tuesday night, violence broke out at Kannur -- between the Left workers and members of the Indian Union Muslim League that led to the death of 22-year-old Manzoor, an IUML worker, while his brother is being treated at a hospital in Kozhikode. One CPI-M worker Shinoz was arrested on Thursday morning, while the police have registered a case against 20 others, who were part of the gang which after first throwing bombs attacked the brothers with swords and knives. On Wednesday night when the body was brought for the last rites, angry IUML workers attacked and damaged a few CPI-M offices in and around the house of the deceased. The police has taken 21 IUML activists into custody for vandalism. On Thursday morning the Kannur CPI-M district secretary M.V. Jayarajan and veteran party leader P. Jayarajan went around the offices which were damaged and condemned the incident. "The murder that took place is really unfortunate, but in the name of that the IUML workers went on a rampage and such an act should not have taken place. This was an organised attack and that too with the blessings of the IUML leadership. This was done to destroy the peace in the area," said M.V. Jayarajan. Meanwhile, the district administration has called for a peace meeting and all the leaders of the leading political parties will take part in this and it is expected to bring down the tension in the area. The Kuthuparampa Assembly constituency witnessed a spirited poll battle between the CPI-M led Left candidate -- K.P. Mohanan of the Loktantrik Janata Dal and the IUML candidate P. Abdulla, while the BJP has fielded C. Sadanandan. /IANS

Karnataka to go under 14-day lockdown from May 10
[Wavre: People ride on an amusement at the Walibi Amusement Park in Wavre, Belgium, Saturday, May 8, 2021. Amid encouraging signs that the latest COVI

In 7 years, Modi govt bogged by 11,424 LoC ceasefire violations: RTI
[Saur-Mogila: A girl wearing Soviet-era military uniform and her relative walks past a cannon during celebrations of the Victory Day at a World War II

UK unveils 'green list' of countries for foreign travel from May 17
[Dhaka: Shoppers crowd at a marketplace in Dhaka, Bangladesh, Friday, May 7, 2021. India's surge in coronavirus cases is having a dangerous effect on