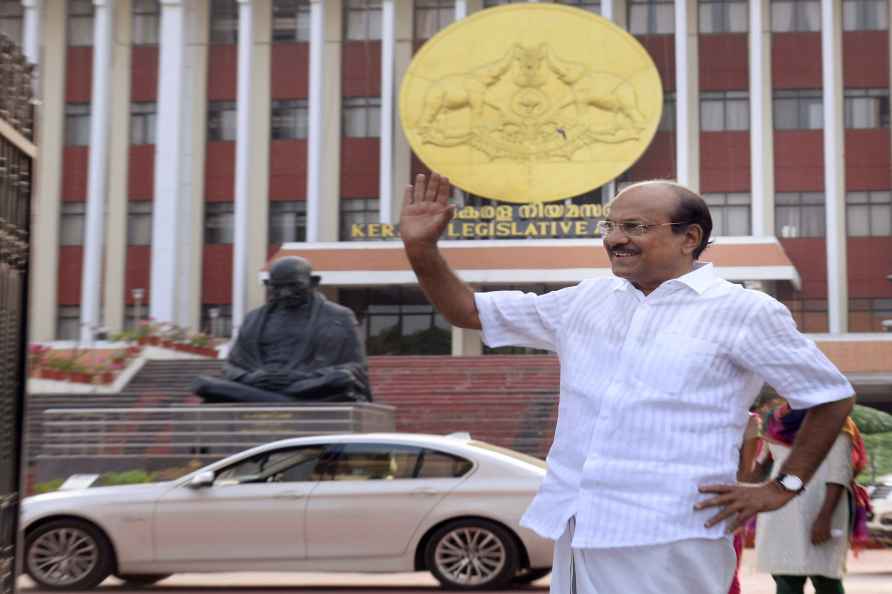 Thiruvananthapuram, April 8 : Kerala Assembly Speaker and senior CPI-M leader P. Sreeramakrishnan for the second time will not appear before the Customs Department at their Kochi office on Thursday, after claiming to be 'unwell'. He was served the notice by the Customs to appear on April 8 for questioning on his alleged role in the dollar smuggling case, as claimed by two gold smuggling case accused. He has informed the Customs that he is unwell and hence he is unable to present himself before the probe agency. Sreeramakrishnan was earlier asked to appear before the Customs on March 12, but did not, citing his inability to do so. The Speaker's name cropped up in the case last December after the statement of gold smuggling case prime accused Swapna Suresh in a court that 'big sharks' had a role. Since then, he was in a tight corner, and had to face the wrath of Opposition, which moved a motion in the House in January demanding his removal, but it was rejected. Incidentally, a statement of Swapna Suresh recorded under Section 108 of the Customs Act, and her statement before a magistrate under Section 164 of the CrPC, filed by the Customs in the Kerala High Court early this month, revealed her close connection with the Chief Minister, his Principal Secretary and a personal staffer. Her statement further alleged smuggling of foreign currency at the instance of the Chief Minister and the Speaker with the help of the UAE Consulate in the capital city, and the "improper and illegal activities" of three state Ministers and the Speaker. She had also alleged kickbacks were received by high-profile persons from various deals. The wife of former CPI-M state secretary Vinodhini Balakrishnan by now has failed to appear before the Customs despite being served three notices to question her on an iPhone which she owns. Incidentally, all through, the ruling CPI-M led Left government had said that various central agencies were out to ruin the good governance of the Pinarayi Vijayan government, during the nearly three week-long Assembly election campaign. /IANS

Nine killed in gelatin stick explosion in Andhra
[**EDS: BEST QUALITY AVAILABLE** Kadapa: Smoke billows from a blast at a limestone quarry while a consignment of gelatin sticks was being unloaded, at