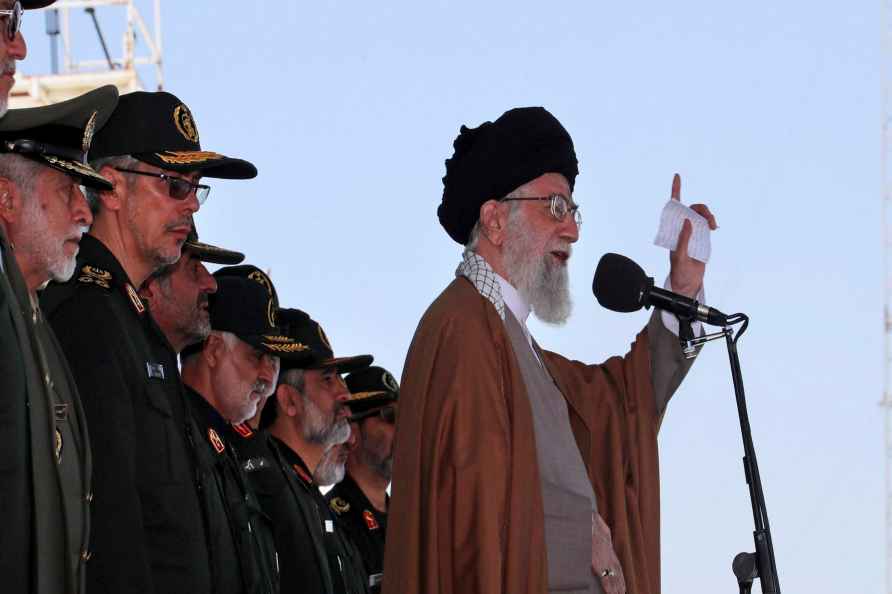 Tehran, April 8 : Iran has increased its uranium enrichment capacity to 16,500 separative work units (SWUs), Ali Akbar Salehi, head of the Atomic Energy Organization of Iran (AEOI), said, official Islamic Republic News agency reported. The AEOI announced that it had plans to boost the capacity of its uranium enrichment to 190,000 SWUs, Xinhua news agency reported. SWU is the standard measure of the effort required to separate isotopes of uranium during an enrichment process. One SWU is equivalent to 1 kg of separative work. Salehi on Wednesday also said that Iran has a stockpile of some 5 tons of enriched uranium, 57 kg of which is 20 per cent, according to the report. He noted that 20 per cent enriched uranium capacity would reach 120 kg in a year. The 20-percent uranium enrichment process has been launched as part of Iran's Strategic Action Plan to Counter Sanctions, which was approved by the Iranian parliament in December 2020. The implementation of the action plan by the AEOI began on January 4. Salehi also stated that Iran's yellow cake production capacity is currently 35 tons annually, said the report. Iranian authorities have said a boost in uranium enrichment, along with other measures to reduce some commitments under the 2015 nuclear deal, officially known as the Joint Comprehensive Plan of Action, is a reaction to the US withdrawal from the deal and the failure of European signatories to protect Iran's interests amid US energy and banking sanctions. /IANS

China can launch cyber attacks, India getting ready for it: Gen Bipin Rawat
New Delhi, April 7 : China can disrupt systems by launching cyber attacks on India and a mechanism is being readied to combat any such move, Chief of

AstraZeneca, blood clots link 'plausible but not confirmed': WHO

Geneva, April 8 : A causal link between the AstraZeneca Covid-19 vaccine and the rare occurrence of blood clots with low platelets is "considered plausible but not confirmed," the World Health Organiz […]

Moscow, April 8 : The Russian Foreign Ministry called on Kiev and the North Atlantic Treaty Organization (NATO) to stop military preparations and other actions that could escalate tensions in eastern […]

Margot Robbie is a tea fanatic

London, April 8 : Hollywood star Margot Robbie has shared that she is a tea fanatic and that she is obsessed with drinking the hot beverage after moving to London from Australia. "Breakfast is u […]