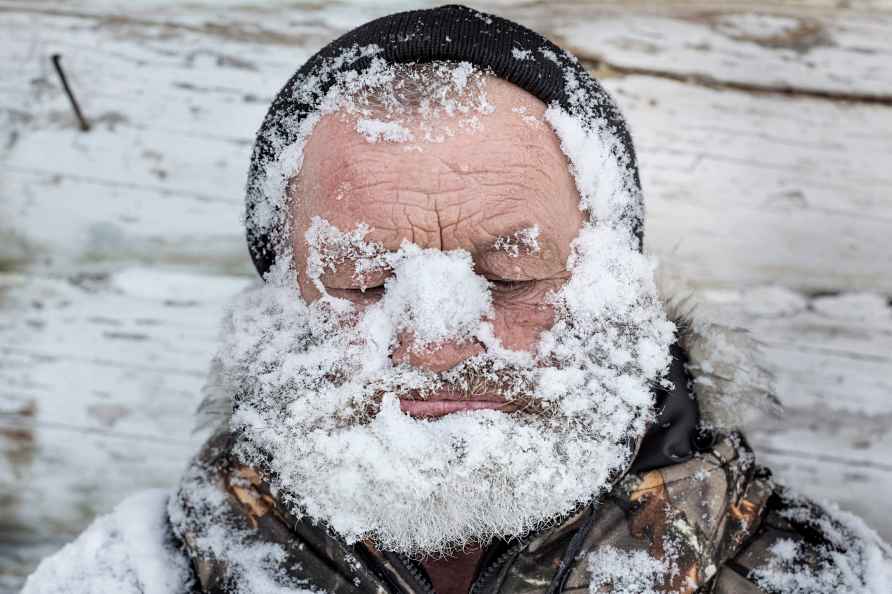 New Delhi, April 7 : The Vadehra Art Gallery in the national capital is organising a solo exhibition by artist Sachin George Sebastian, who brings new drawings and cut-out sculptures cast in metal and paper in his latest body of work titled 'Once, there was a seed'. Sebastian has often articulated his long-standing interest in the chaos and clusters of cityscapes and its people through aerial and arterial compositions, expressing the connective tissues between people, places and infrastructural development as mimicking the life of bio-organisms. In this new body of work, Sebastian's dispositions develop an existential character as he deconstructs the aesthetic logic of his previous constructions in a deeper search for the meaning of all things, incentivised by personal experiences and new parenthood. In embracing what the artist calls the absurdity of nothingness, Sebastian replaces ideas of order with duality while considering the states and spaces of daily routines. Without the neater categorisations that logic offers, he visualises us as caught in the intersplicing fluxes of existence, or regions of constant becoming rather than just being. Abandoning the motivations of frenzy and chaos that have contextualised his earlier compositions, these new works attempt to seek balance among the endless questioning that emerges from instincts to pursue storytelling along with seeking. For Sebastian, the physical meditations of this body of work mimic his mental quests; for meaning to transpire, he must collect and re-arrange the seemingly pointless fragments of time that when placed particularly, zoom out to frame the larger picture, at once graspable and allowing one to travel through life with direction. The artist adds, "The beauty of nothingness is that it is not absurd at all, and absurdity is neither a state of nothingness either. In the title, 'Once, there was a seed', there is no reference to time, or what seed it is, or what it will grow into; neither to how long will it take, where it came from, what will happen to it. But the seed is there, and so are its stories and curiosities." The exhibition is on from April 6 to May 14. /IANS

Of alchemists, gold and the American dream
By Vishnu Makhijani New Delhi, May 6 : It began as a tale of a mother and a daughter, two Indian Americans who are gold thieves, but expanded into a

'Time to abolish the entire sum of morality'
New Delhi, May 4 : From Chris Paley, author of the "extraordinary", "startling" and "thought-provoking" book "Unthink" on harnessing ones unconscious,