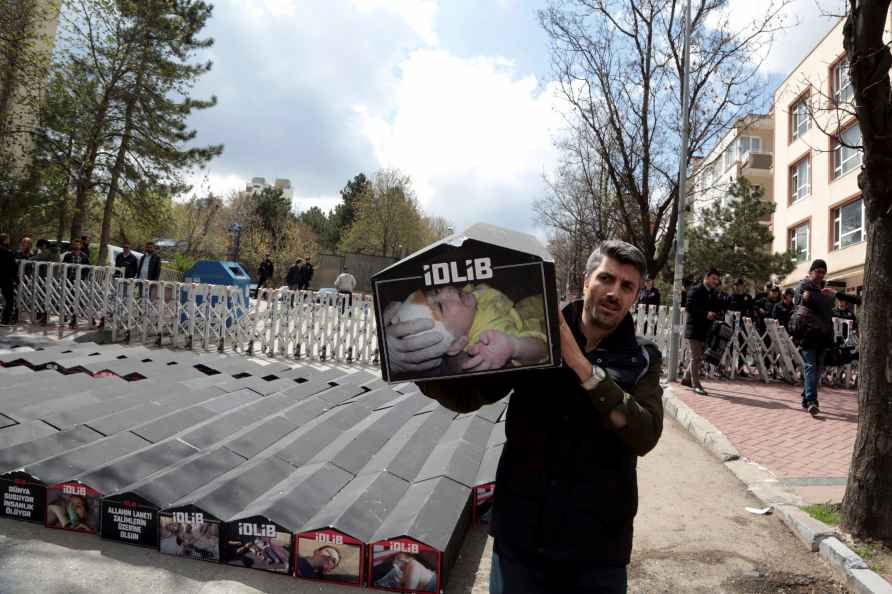 Islamabad, April 5 : A Pakistan anti-terrorism court judge, his wife and two children were killed after unidentified gunmen opened fire at his vehicle in Swabi district, Khyber Pakhtunkhwa province, police sources said. The judge was on his way to the national capital Islamabad when the militants ambushed him and killed him with his family members near an interchange at the motorway on Sunday, the sources told Xinhua news agency. Two policemen, including the judge's driver, were wounded in the attack, the sources added. "The judge, his 10-year-old son, wife and six-year-old daughter were killed on the spot, and the policemen are also in a very critical condition," the sources said. The attackers fled the scene before police arrived. No group or individual has claimed the attack yet. /IANS

Hong Kong, May 8 : Hong Kong will shorten the quarantine period from May 12 for inbound visitors who have been fully vaccinated against Covid-19. Travellers will face varied arrangements dependi […]

London, May 8 : As the Covid-19 cases surge globally, especially in India, leaving many of us wonder why it is so hard to treat, a review published in the prestigious journal The Lancet has revealed t […]

Chennai, May 8 : A day after he and his council of Ministers were sworn in, Chief Minister M.K. Stalin on Saturday announced total lockdown in Tamil Nadu between May 10-24 to prevent spread of coronav […]