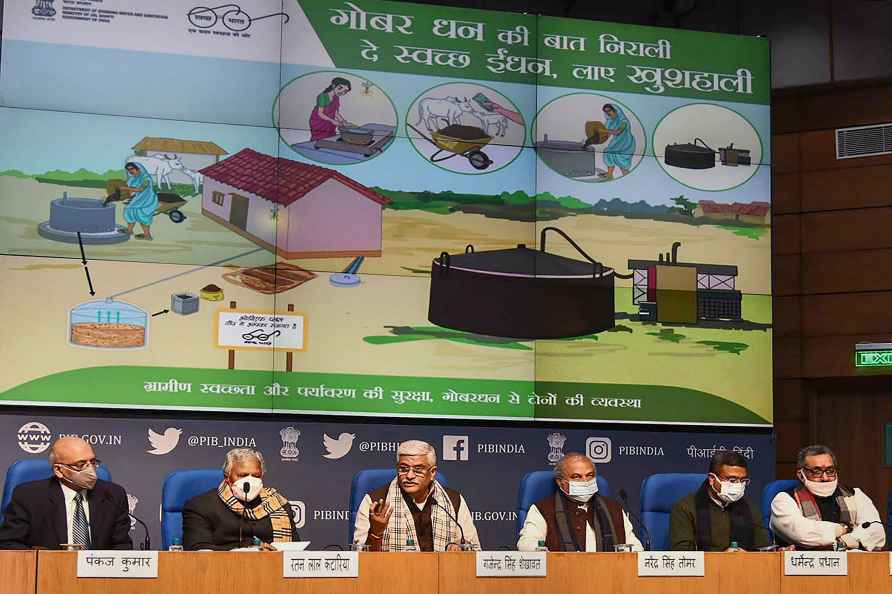 New Delhi, Feb 22 : Union Minister of State for Development of North Eastern Region, Jitendra Singh, met Assam Governor Jagdish Mukhi at the Raj Bhavan in Guwahati on Monday and told him about the wide range of issues, including the ongoing development projects in the northeastern state, besides discussing the various projects launched by Prime Minister Narendra Modi during his visit to Assam. Mukhi appreciated the developmental initiatives that have taken place in the state and also praised the Prime Minister for having paved the way for restoration of peace that has enabled uninterrupted development in the state of Assam. Mukhi also appreciated the innovative methods adopted by the Ministry of Development of North Eastern Region (DoNER) for speeding up various infrastructure projects and ensuring optimum utilisation of funds. Singh also informed the Governor about the initiation of innovative techniques of procuring UCs (utilisation certificates) through the space satellite imaging technique. Singh said that the submission of detailed project reports and other relevant documents have been made totally online and automatic reminders and alerts are sent to the respective state governments whenever required. "Despite the Covid pandemic, the DoNER was able to accomplish full utilisation of allocated funds much before the month of March," Singh said. He further stated that due to the lockdown, some disruptions in work were caused, but the ministry's works were not interrupted for a single day because it was the first ministry which switched to the e-office mode five years ago. The Governor was also informed about the recent decision taken for the allocation of certain portion of the North Eastern Council (NEC) funds for the development of the neglected areas and deprived sections of society. /IANS

New Delhi, Feb 22 : Union Minister of State for Development of North Eastern Region, Jitendra Singh, met Assam Governor Jagdish Mukhi at the Raj Bhavan in Guwahati on Monday and told him about the wid […]

Motera pitch: India step into the 'unknown' for the pink ball Test

Ahmedabad, Feb 22 : India step into the 'unknown' in the third Test of the four-Test series when they play against England on a fresh pitch of a new stadium in Motera, near Ahmedabad, in a day-night g […]

New Delhi, Feb 22 : Delhi University's Satyawati College has invited applications for the post of 46 teachers. The Delhi Teachers' Association (DTA) on Monday has filed a petition with the National C […]