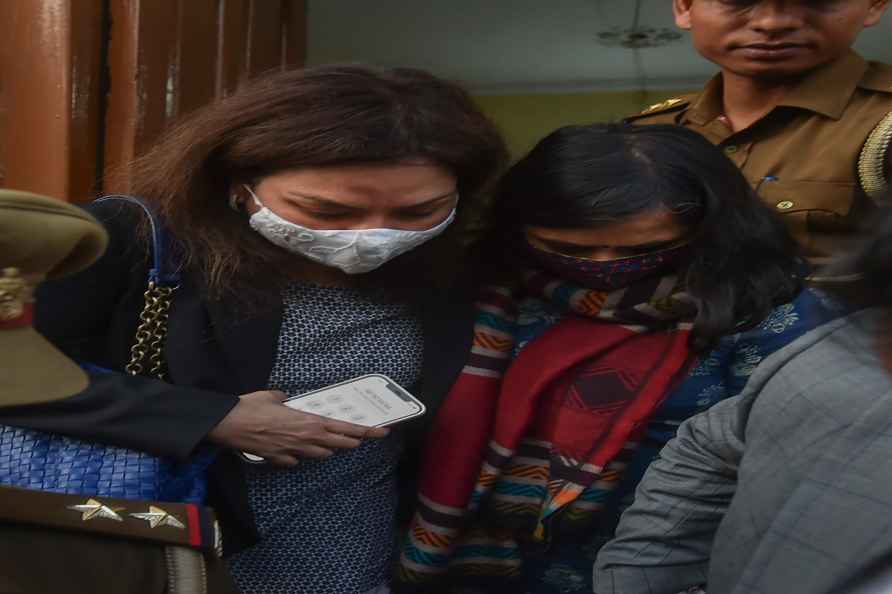 [Lucknow: Amazon Prime Video's India Originals head Aparna Purohit leaves Hazratganj police station after giving her statement in connection with the 'Tandav Web Series' case in Lucknow, Tuesday, Feb. 23, 2021. ( /PTI] Lucknow, Feb 23 : Aparna Purohit, the country head of Amazon Prime that streamed controversial web series "Tandav", recorded her statement at the Hazratganj police station here on Tuesday afternoon. Purohit got her statement recorded on the directives of the Allahabad High Court. A case had been filed by Additional Inspector, Hazratganj, Amarnath Verma, regarding the web series on January 18 against Purohit, "Tandav" director Ali Abbas, producer Himanshu Krishna Mehar and writer Gaurav Solanki. According to sources, the Lucknow police had prepared a list of about 100 questions for Purohit, who was questioned in a closed room. Her lawyers were also with her. "Tandav" led to protests across the country over some objectionable scenes. Besides Lucknow, an FIR was registered in Uttar Pradesh's Gautam Buddha Nagar against Purohit and others under various sections of the Indian Penal Code. /IANS

Delhi Metro operates as usual on Bharat Bandh
[Jhajjar: Farmers stage a sit-in protest on railway tracks in support of the nationwide strike, called by farmers' unions against the three farm laws,

Rome, March 26 : Due to the latest anti-Covid measures, Italy has witnessed a drop in the number of new cases, while authorities were at work to speed up vaccinations in the next few weeks, according […]

Rajkummar Rao on being called 'star': Call me Raj, it's a nice name

By Durga Chakravarty Mumbai, March 26 : Rajkummar Rao has a candid retort when you tell him he is successful enough now to be called a star. "You can call me whatever, but call me Raj. I think […]