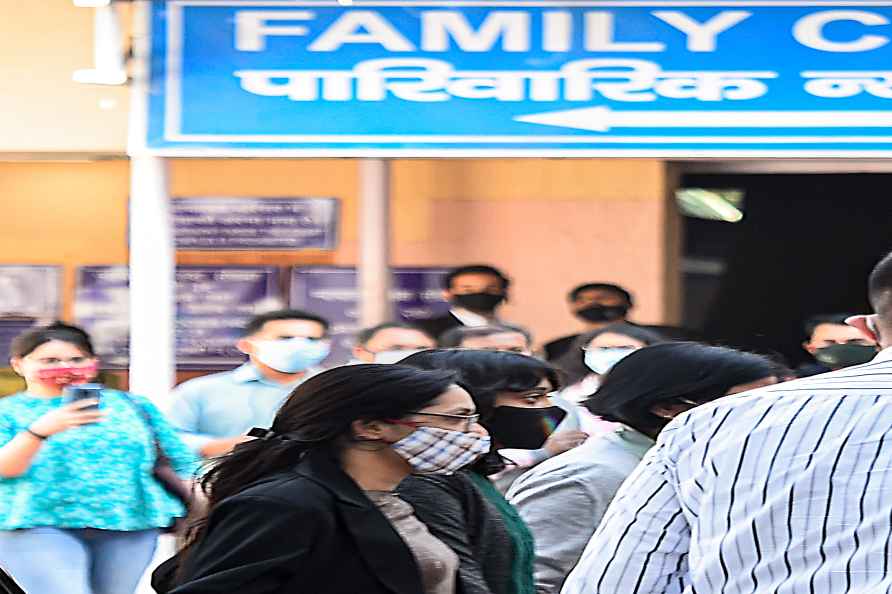 [New Delhi: 21-year-old climate activist Disha Ravi arrives for a hearing in a 'toolkit' case at Patiala House Court, in New Delhi, Tuesday, Feb. 23, 2021. The court on Tuesday granted bail to the activist, arrested in connection with allegedly being involved in sharing a "toolkit" on social media related to the farmers' protest. ( /PTI] New Delhi, Feb 23 : A Delhi Court on Tuesday granted bail to climate activist Disha Ravi in the Greta Thunberg 'Toolkit' conspiracy case. Additional Sessions Judge Dharmendra Rana allowed the bail to the accused on the condition of two surety of Rs one lakh each. During the three-hour-long bail hearing on February 20, the police said that the 'Toolkit' was a sinister design to defame India and cause violence. "Poetic Justice Foundation and Sikhs For Justice in order to hide their involvement, used Disha Ravi as a front to carry out nefarious activity," Additional Solicitor General S.V. Raju told the court, adding that these organisations are connected to the Khalistani movement. The Delhi Police further told the city court that Ravi covered her track and deleted evidence like contents of the Toolkit and a WhatsApp group, which the public prosecutor emphasized showed her "guilty mind". Ravi's counsel Advocate Siddharth Agarwal, however, claimed there is no evidence linking the Toolkit to the violence during the farmers' march on January 26. Ravi faces charges of conspiracy and sedition in the 'Toolkit' conspiracy case related to the farmers' agitation and was arrested from Bengaluru on February 13. The Delhi Police have contended that the google document tweeted by Swedish climate activist Greta Thunberg to back the farmers' protest and then deleted, was created by Ravi and two other activists -- Jacob and Muluk. /IANS

Delhi Metro operates as usual on Bharat Bandh
[Jhajjar: Farmers stage a sit-in protest on railway tracks in support of the nationwide strike, called by farmers' unions against the three farm laws,

New Delhi, March 26 : Hundreds of farmers on Friday blocked the Delhi-Uttar Pradesh Ghazipur border here as part of their 12-hour Bharat Bandh on the completion of four months of protest over the thre […]

Biden says he plans to run for re-election with Harris

By Arul Louis New York, March 26 : US President Joe Biden is planning to run for re-election with Kamala Harris as his running mate. "I would fully expect that to be the case. She's doing a g […]

**EDS: STANDALONE PACKAGE- ONE YEAR OF LOCKDOWN- CORONA WARRIORS** Ahmedabad: Policemen wearing protective suits patrol a street during the nationwide lockdown, in wake of the coronavirus pandemic, in […]