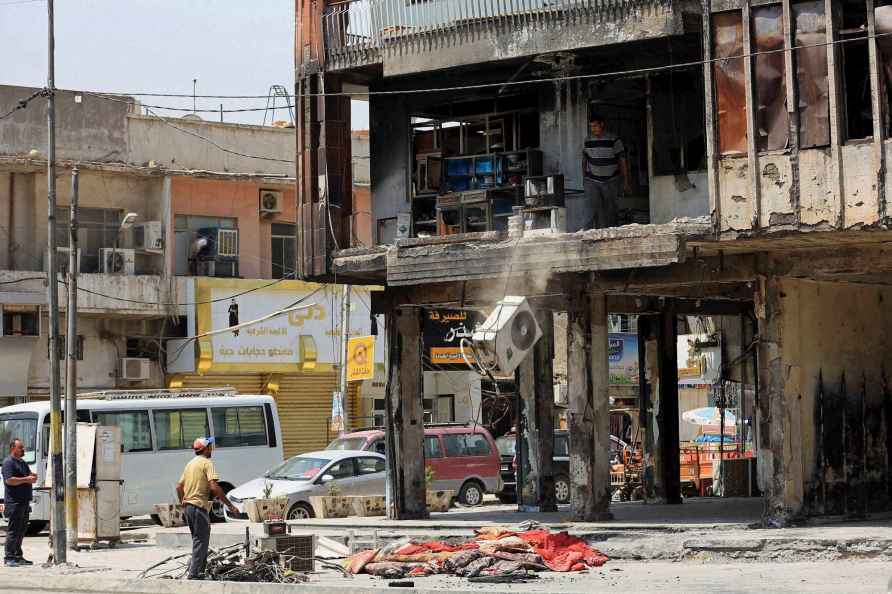 Thiruvananthapuram, Feb 15 : Even as the ongoing protest by the last grade PSC rank holders in front of the Kerala Secretariat entered their fourth week, a special cabinet meeting chaired by Chief Minister Pinarayi Vijayan on Monday cleared the appointment of over 100 people in a few semi-government organisations. Both the Congress and the BJP have also joined the protesters, with the former saying that the Vijayan government, which has just a month or two left to complete its term, has put the accelerator on these backdoor appointment, which, it alleges, have crossed over three lakh. State Congress President Mullapally Ramachdran slammed Vijayan for his "stubbornness" and "arrogance" for not lending an ear to the genuine demands of these hapless youths. "Vijayan has cheated the youths through this widespread backdoor appointments, which is contrary to their manifesto which said they would see that the PSC (in charge of appointments to government jobs) is strengthened besides ensuring that the Employment Exchanges working would be effective and streamlined... instead what has happened is a free for all to the kith and kin of CPI-M leaders and their workers, who are getting such jobs on the sly," he alleged. Former state BJP President P.K. Krishnadas, referring to the protests, claimed while Vijayan is giving plush jobs with a salary of over Rs 3 lakh to those who have not even passed Class 10, in a reference to Swapna Suresh, the prime accused in the Kerala gold smuggling case, unemployed graduates, post graduates and even PhD holders are left high and dry. "Instead of providing solace to the protesters, what one saw was the decision that came today from the government that the tenure of the present PSC list will not be extended," he said. Protesters are out in the streets here, as well as in Kochi and Kozhikode. On Monday, angry youths staging the protests moved on their knees, while at Kozhikode they went around with begging bowls demanding jobs. "This is my last chance to get a government job as I am getting age barred. We have been pleading for long to fill the vacancies from the list, but nothing is happening. We do not know what wrong we did and mind you, we were in the forefront of voting for this present government. It will be curtains for me and many, if we miss this last chance," said a young man, pleading for justice, while being on his knees with other protesters, here in front of the state Secretariat. Another young woman said they studied hard and figured on the rank list, but despite their fervent pleas, the government was paying no heed. As two-time Chief Minister Oommen Chandy, of the Congress, came calling on the protesters, a few of them were seen pleading with him and touching his feet as they begged for his help. "The problem is if the date of the PSC rank list gets over, only the judiciary can come to the rescue of those seeking the job... but when it comes to live lists, the government has powers to act, but nothing is happening," he said. But playing down the protest, CPI-M's acting state Secretary and LDF convenor A. Vijayaraghavan blamed the Congress led opposition for unleashing these hapless unemployed youths to stage protests. "This government has not appointed a single person in posts where the PSC does the appointment. All what's happening is those who have completed 10 years in temporary basis have been absorbed and it is a humanitarian gesture. It's not possible to appoint people where there are no vacancies as cleared by the PSC," he said. /IANS

Modi to meet vaccine manufacturers today
New Delhi, April 20 : A day after announcing Covid vaccine for all above 18 years from May 1, Prime Minister Narendra Modi will meet the vaccine manuf

No US confirmation of lifting ban on vax raw material exports
By Arul Louis New York, April 20 : US President Joe Biden's spokesperson Jen Psaki has refused to say if the US will allow the export of Covid-19 v

New Delhi, April 20 : A day after announcing Covid vaccine for all above 18 years from May 1, Prime Minister Narendra Modi will meet the vaccine manufacturers on Tuesday evening through video conferen […]